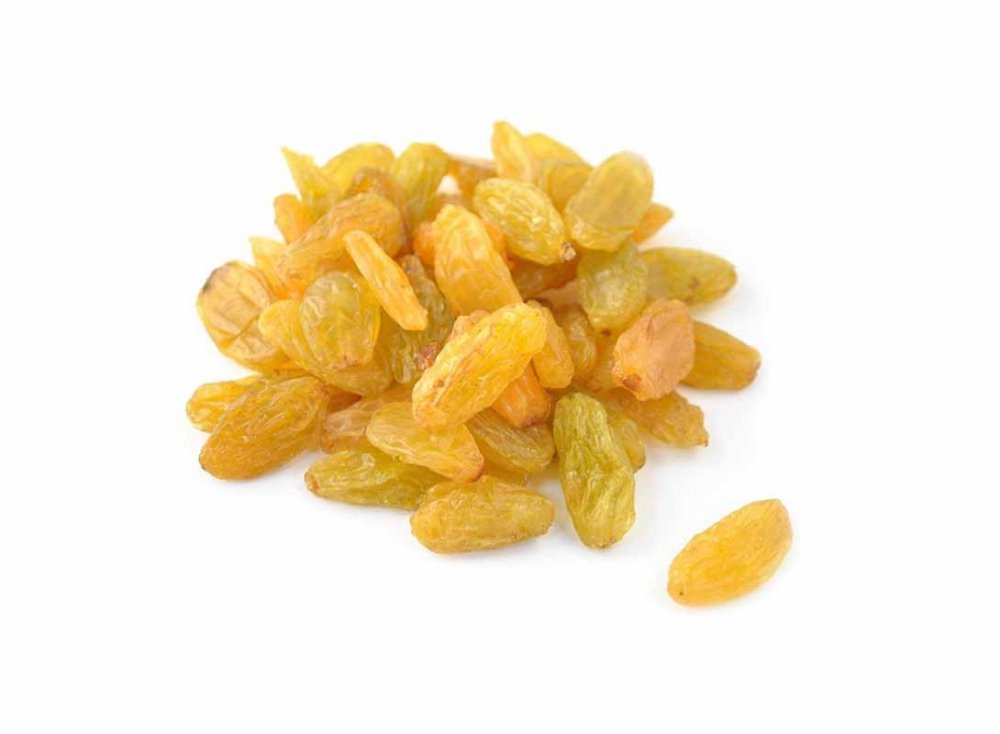 80% of positive reviews from 5
5
5 years on Allbiz
Technical characteristics
Description
Fruit of Uzbekistan in all their magnificence cannot be presented without kind raisin.

"Raisin" in translation from Turkish, means "dried grapes". As a product it is widely applied in cookery in the Middle East. However, "raisin" - not the only name. Distinguish also a mannaku, shigan, a sabza, a korinka, sultana grape. All of them come from different grades of grapes. The raisin can be seedless and with seeds, but as usual, the raisin is understood as grapes, dried together with seeds. Often trade names of raisin change. Though for 2500 the being of grades of raisin did not change. There are 4 main types:

1) light raisin - small, without stones, the dried - up green or white grade of grapes. Most often is called as "sultana grape" - the name of culinary sense or "sabz" - a trade name.

4) large, the average length of berry - to 2.5 cm. It is nice to the taste, but contains 2 - 3 stones. It turns out usually from grade grapes "Hussein" - they "ladies' fingers" or from a germian.

The first and second look are used in the confectionery industry, the third goes on compote, and also for giving of sweet and aroma (to pilaf for example).

The fourth look - is used more widely. Crushed and exempted from stones, it entirely goes for a sdabrivaniye of drinks.

Also the raisin differs by the form processings - manual and factory. The factory look possesses the weakened aroma, is better cleared of impurity and in general more exactly in the standard. Color of raisin depends on a grade of the original and on the district of growth of raw materials. The color gamut fluctuates from dark to light - gold.

The raisin is delivered generally from the East, South America and Europe. There is a lot of supplying countries that it is difficult to allocate qualitative raisin on its origin. The Russian market divide among themselves raisin of Uzbekistan and Iran, and also Tajikistan and with rare exception from the American California.

The raisin from Uzbekistan is presented, first of all, by the following grades: raisin of the sultan (raisin golden) and usual black raisin.

"Golden", it "sultan" - raisin of golden color. It is characterized by what is made by a drying method on the sun and possesses pronounced grape most sweet taste. It is considered top - class grade. The main suppliers - Uzbekistan, Africa and California. Black raisin - the present best - seller among all dried fruits. Dried fruits of Uzbekistan are presented generally by dried apricots and black raisin. The black raisin is made from berries of dark grades of grapes. It is considered that the black raisin is more useful, than white, while the pink version is intermediate. The raisin does not happen white as after drying light grades get light - and henna - red tone. The white grade of raisin for preservation of color is processed by sulphurous anhydride therefore before the use it should be washed out carefully. Washing should be repeated after soaking in water for 15 minutes. Also upon purchase pay attention that the raisin has to be with a fruit stem that is a guarantee of safety of juice in berry. Buy black raisin or light brown. Black keeps a bluish raid that we as usual see on grapes.