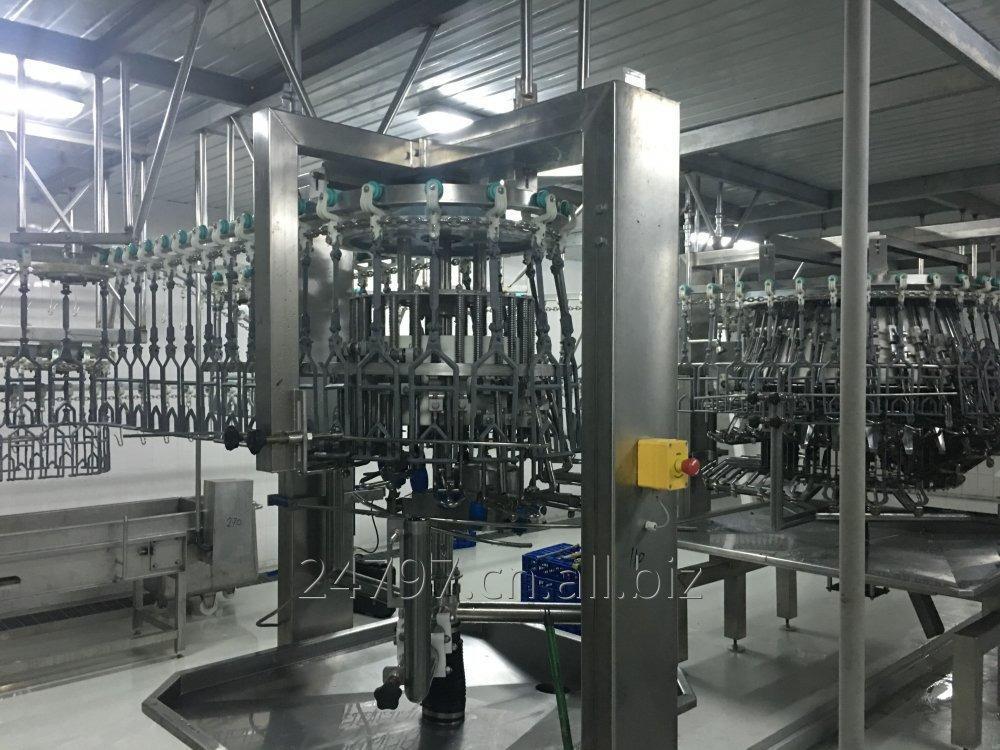 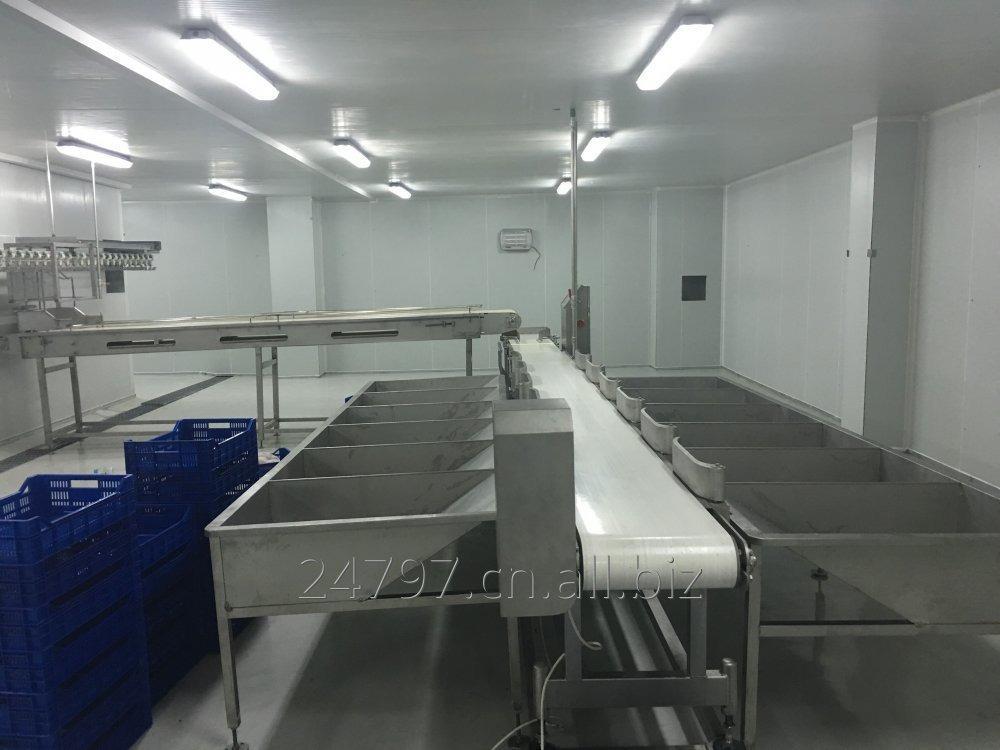 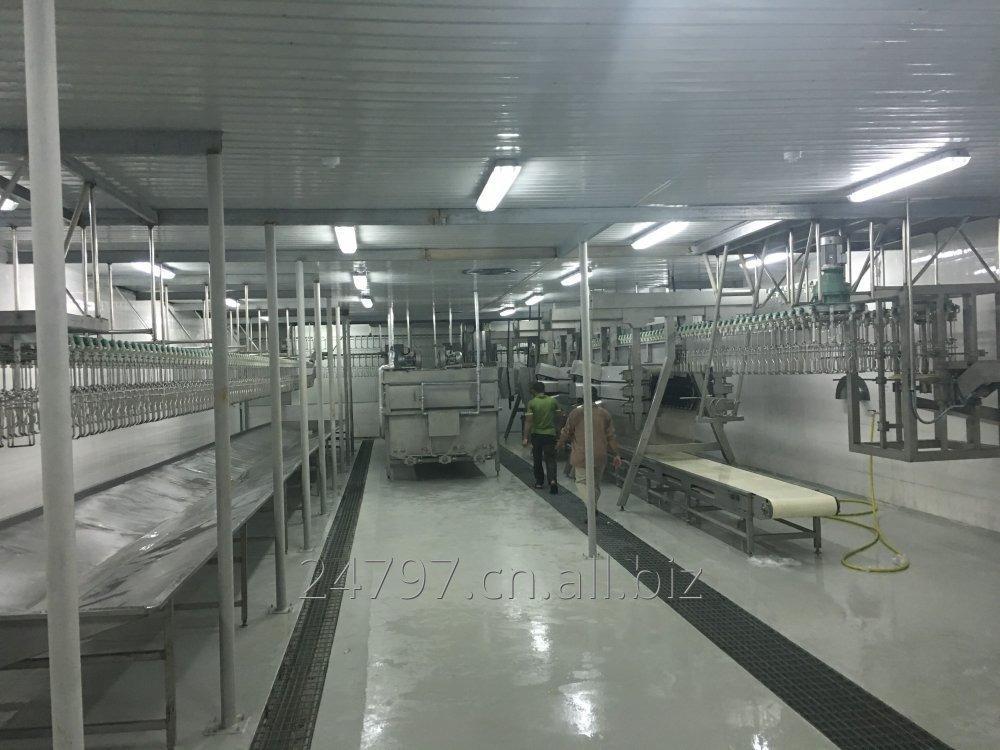 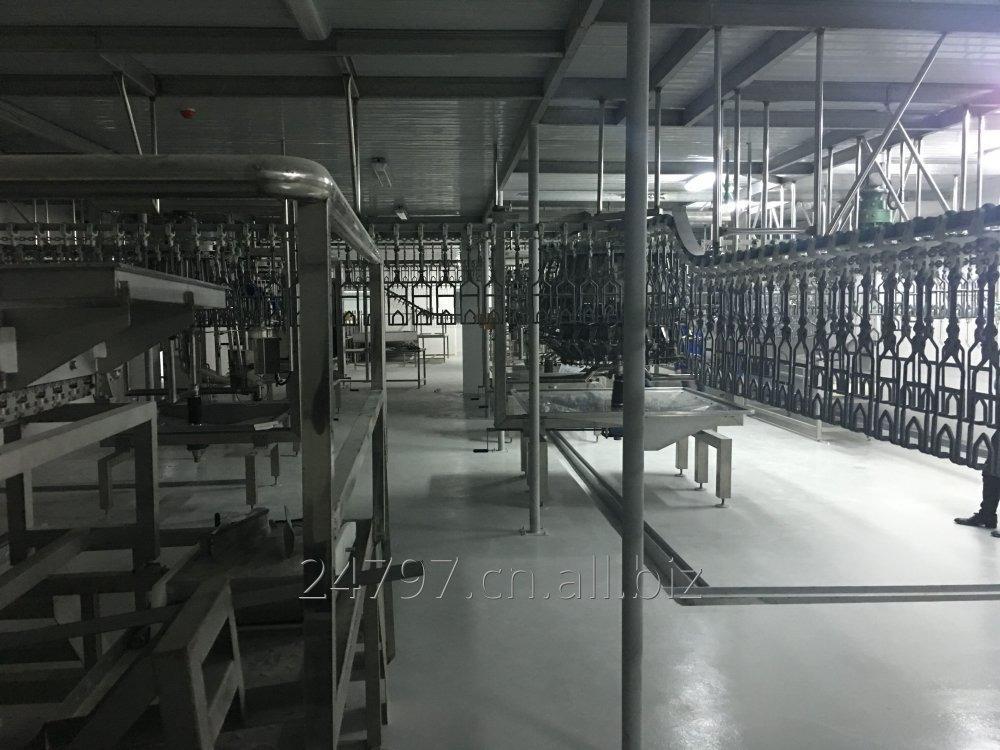 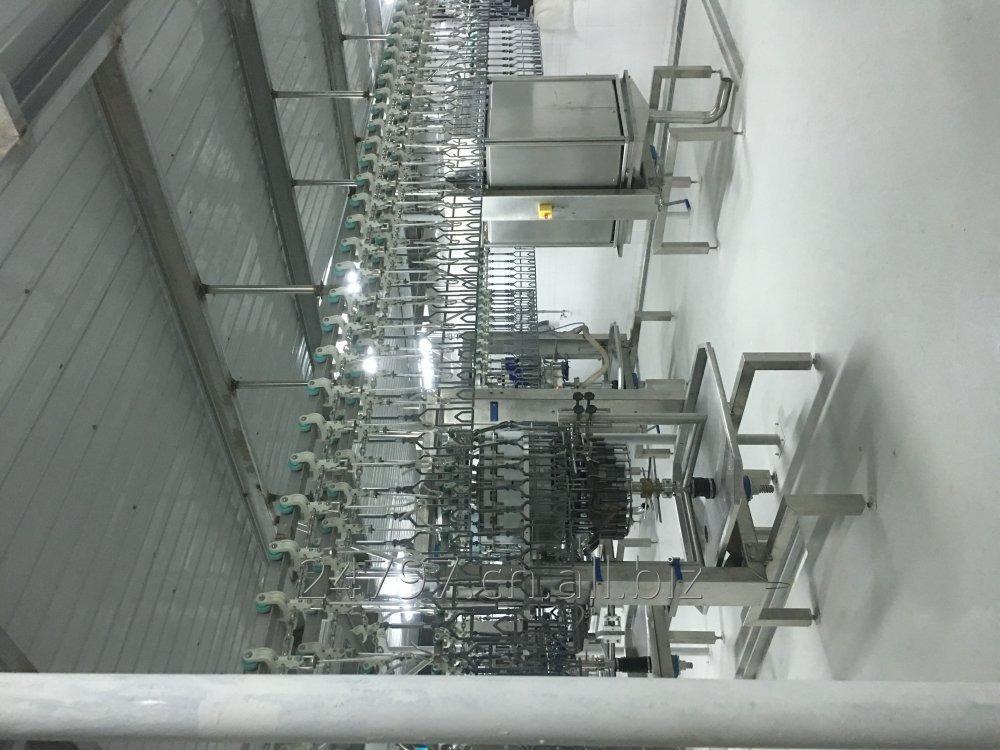 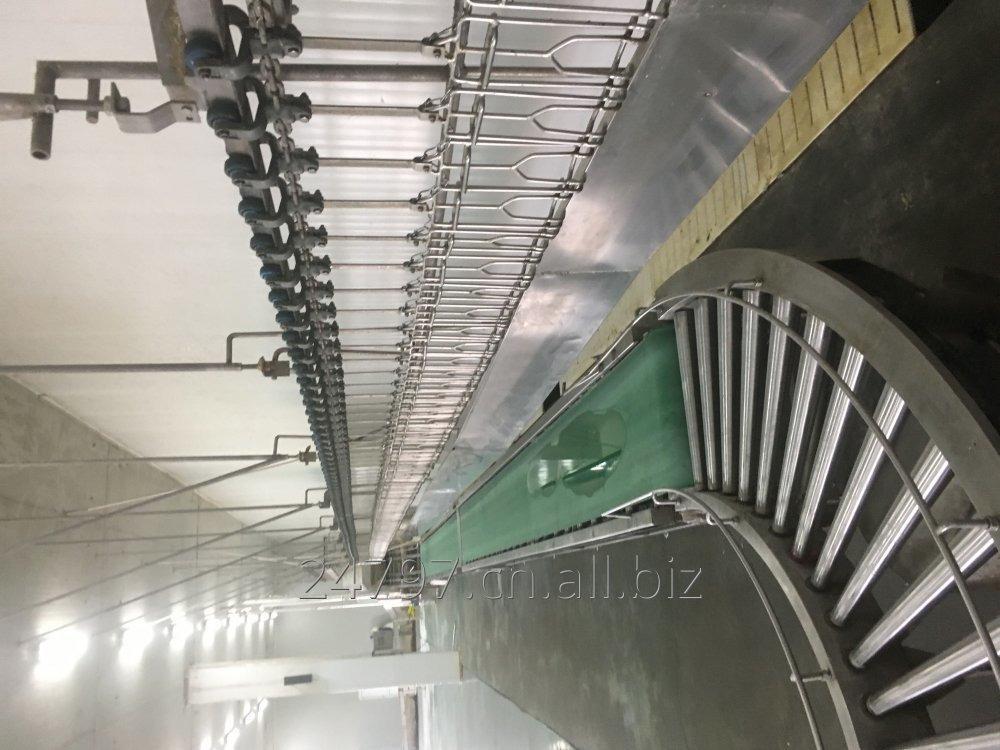 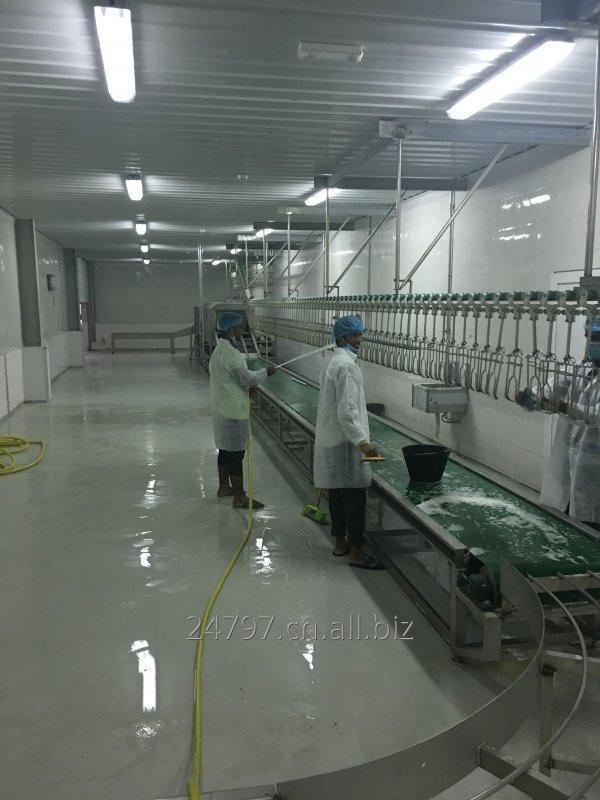 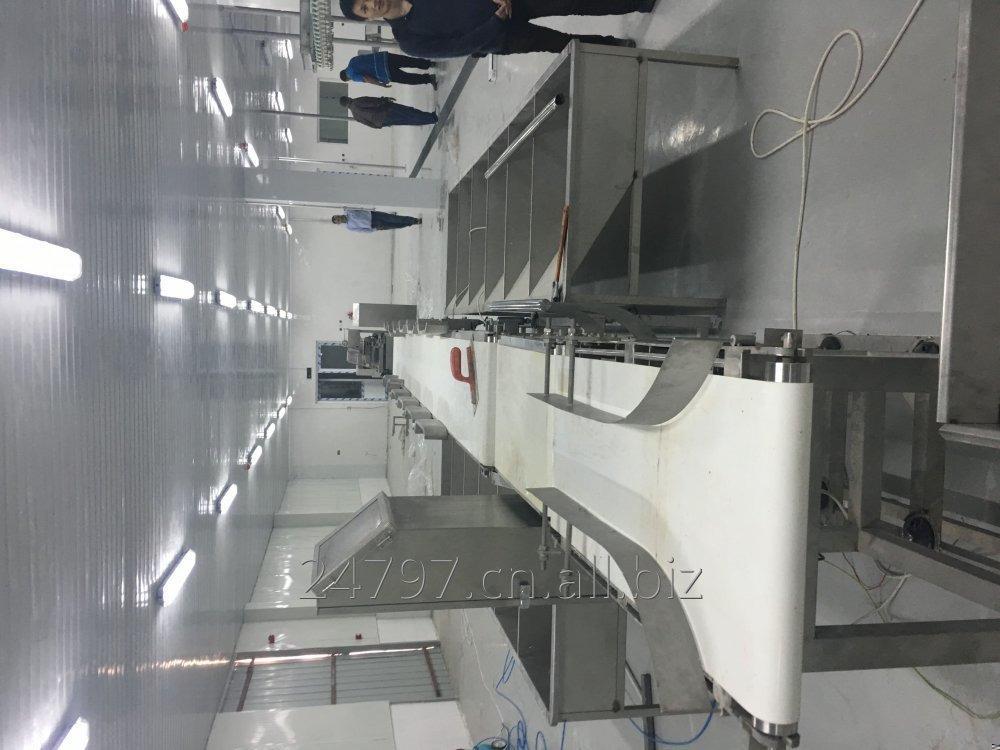 The collecting tank width is 420mm

Volume of tank is 5kg

Class of protection is IP65

With chicken receiving stations at both sides of belt

The fully automatic poultry processing line including live bird reception machine such as live birds crates stack and destack machine, transporting conveyor, crates washer,  poultry slaughtering unit of chicken water bath stunner, automatically killing machine, feather plucker, scalder, head cutter or puller, chicken hock cutter, shackle washer and automatic conveyor line transfer to Chicken evisceration unit of Chicken evisceration machine such as opener, vent cutter, eviscerator, cropper, neck breaker, chicken inside and outside washer, and then transfer to Chicken pre - chilling unit of Water chilling or Air chilling system, if the final product is whole bird will go to packing direct after chilling, if have cut - up parts, will processed by chicken cut - up machine, the chicken by - prdocuts is processed by its handling equipment, like for gizzards of gizzard de - fatter, peeler, cutter, after packing products will sent it to Chilling room , blast freezer , and transfer to cold room for storage.