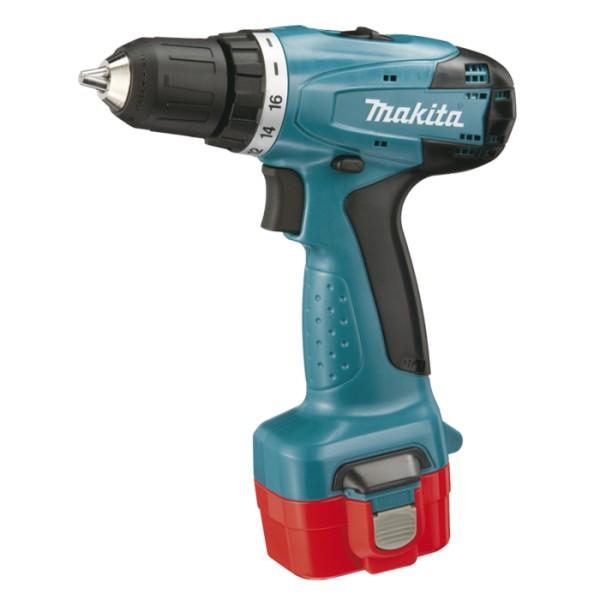 In stock
Reconfirm the price with seller
Call
Seller
Energouskunataminot, OOO
Uzbekistan, Tashkent
(View map)
+998
Display phones
6
6 years on Allbiz
Technical characteristics
Description
It is intended for a simple woodwork, to plastic and metal: drillings of "thin" and average openings and screwing up of the corresponding fasteners (screws, screws, self-tapping screws, etc.). This model was developed in exchange once popular 6270DWPE. Distinctive feature of a drill screw gun of Makit 6271 DWPE is the increased output power at the same modest dimensions (length only 192 mm) and the small weight (1,5 kg).

The drill screw gun of Makita 6271 DWPE is equipped with the compact, but powerful engine and a two-level reducer with planetary transfer which reliability is provided with metal gear wheels. 6271 DWPE two high-speed modes (the 1st - to 350 rpm and the 2nd - to 1200 rpm) and the torque impressing for the tool of this class are characteristic of Makit's drill screw gun (to 30 Nanometers). A possibility of preliminary sixteen-position installation of a torque for optimum work with materials of various density and with different fasteners, Makita 6271 DWPE provided in a drill screw gun, provides high precision of screwing up that is especially demanded during the fair works (for example, at assembly of furniture). Adjustments of speed in Makit's drill screw gun 6271DWPE it is carried out by means of the built-in electronics. Once you slightly change degree of pressure upon a starting cock, and the clever car will immediately react with building or reduction of speed of rotation.

Function a reverse which in case of need will allow to take "casual" fixture without problems is provided in a drill screw gun of Makita 6271 DWPE or to release the drill clamped in dense material. Control of Makit's drill screw gun 6271DWPE is exercised by means of the convenient starting and switching buttons placed that is called "near at hand". The drill screw gun of Makita 6271 DWPE is completed two nickel - cadmium accumulators with a capacity of 1.3 of Ach that provides a freedom of movement of the user in the course of work and long independence of a stationary source of the electric power.