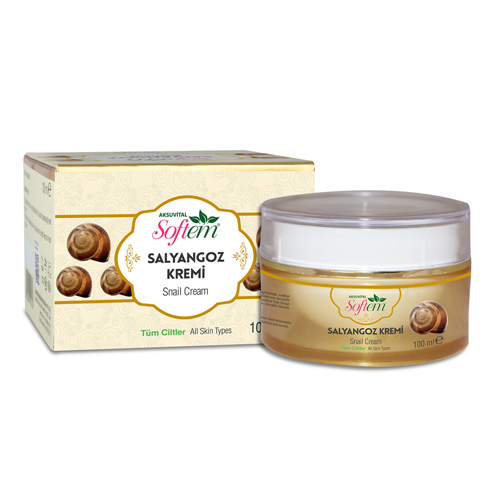 Healing wounds of the hand of the workers working at snail farms easily and without leaving any scars, and despite the physical work they do, softness of their skin has Attracted the attention of the scientists.

It has been Witnessed that the snails were able to repair their own TISSUES and replace their broken shells in a short time.

In the wake of Researches made, it has been Concluded that the change in the skins of the workers stem from the substance called allantoin, which is naturally contained in the transparent secretion which the snails secrete.

Allantoin moisturizes and nourishes the skin. It also supports the skin's repair. It can also help to soften the skin.

Stimulates production of cells by helping the process of cell repair. Because of its protective effect on the skin, it is also used in creams.

Allantoin is known to have regenerating effect on the cells, and stimulating effect of the epithelium and it is also known as a chemical cleaner.

It is expressed that it cleans up the dead tissues and accelerate the development of new tissues.