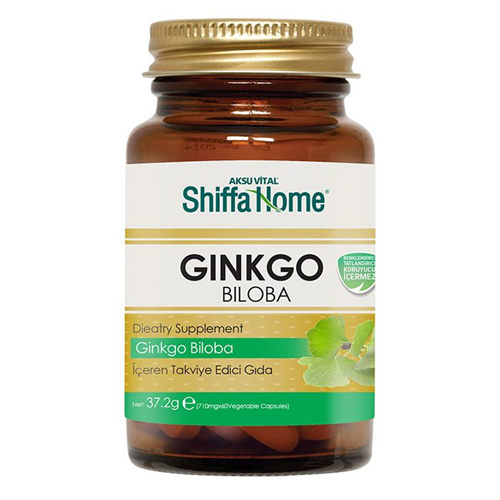 Suggested Use: For adults, one capsule twice a day before or after meals.

Warning: Blood thinner medications should be taken under medical supervision.

FOR A HEALTHY MIND, STRONG MEMORY

Inside the Ginko biloba, there are components which help to enlarge blood Vessels, the increased blood circulation and coagulation preventer.

With the help of these components, it increases the oxygen level in brain. With its tissue regenerating characteristic, it is known to be used commonly for improving the memory functions.

It has been found out that ginkgo biloba prevents the development of Alzheimer’s disease during the earlier stages of the illness.

Suggested Use: For adults, recommended to take twice daily by 1 capsule each time on a full or empty stomach.

CAUTION: While using with medicines that have high blood-thinning effect (like warfarin, heparin) Gingko biloba should only be used under the supervision of a doctor.

·       For people with forgetfulness problem due to the intense work pace, helping to increase the attention. In particular, a good food supplement for vegetarians. Suggested Use:  One tablet daily prefereably after meals.