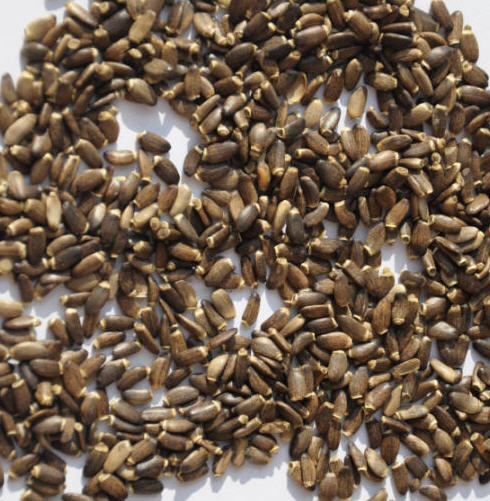 Thistle seeds from the producer

At many people of the world the thistle is esteemed as the strongest drug plant, gift to people from Saint Virgin Mary. According to the legend, Maria pointed to people to curative properties of thistle, and white spots on leaves symbolize its milk.

The thistle from olden days was widely used as medicine at many diseases. Last century at the Munich institute of pharmaceutics the biochemical structure of thistle spotty was defined. It turned out that it contains rare biologically active agent silimarin, and also many other medicinal components (in total about 200 valuable components).

In dermatology the thistle is applied to treatment of vitiligo, psoriasis, baldness, eels. The world famous preparations "Karsil", "Silibor", "Gepatinol" are made of seeds of thistle.

In national phytotherapy broth of roots of thistle is applied at toothache in the form of rinsings, at diarrhea, urine delay, radiculitis and spasms.

Juice from leaves of thistle is drunk at locks, inflammation of large intestine and mucous membrane of stomach.

Not only the thistle is useful to sick, but also healthy people: its use increases ability of liver to clear organism of toxins.

Very important property of thistle - it has no contraindications and side effects.