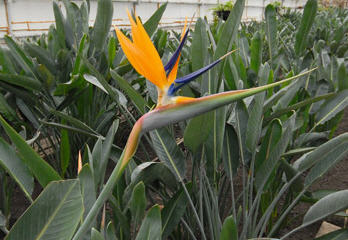 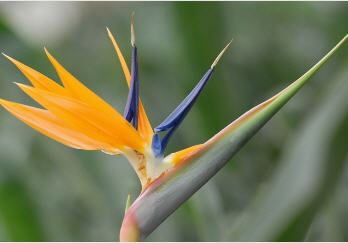 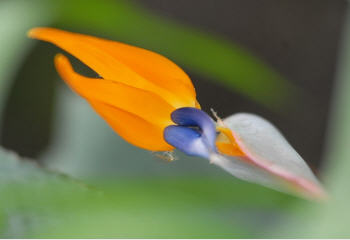 The royal Strelitzia carries the name by right.

Within a month, at the correct leaving, it will please with the blossoming (shading in the summer at t 18-20 °C, in the winter - in the solar room, but not at direct solar hit).

Price: from 350 UAH, depending on the flower size.

In existence the Strelitzia in a pot, ready to blossoming.

Strelitzia - a perennial plant, one of the most effective among decorative cultures. The plant grows up to 100-120 cm high. Strelitzia flowers known also under the name "birds of paradise". Strelitzias possess in the flowers, sharp, similar to feathers, which sprout from oblong bracts. Strelitzias became popular around the world, and in Los Angeles grow up them in such large number that they became a city emblem. Including shades yellow-orange and purplish-blue, even one flower of a strelitzia possesses surprising color harmony. Oblong bracts of a strelitzia have a reddish shade. Generally strelitzias blossom in the spring, but they are capable to blossom several times a year. Plants easily adapt to any climate, cut flowers of a strelitzia well give in to transportation therefore strelitzias are available all the year round. If strelitzias are cut off in time, then petals appear from bracts at the same time. Flowers of a strelitzia do not need special leaving. Also a strelitzia are not especially sensitive to ethylene therefore does not demand special ethylene processing for continuation of life. Cut flowers can stay in a vase about one month if it is correct to look after them: to regularly change water in a vase and to store them in well lit place.
If flowers of a strelitzia did not blossom from bracts, you can help them with it. For this purpose slightly squeeze bracts thumbs of hands and release the first petal. After petals of a strelitzia will wither, they need to be removed. For bigger effect it is possible to release all petals at once. Are in each bract from four to six petals.