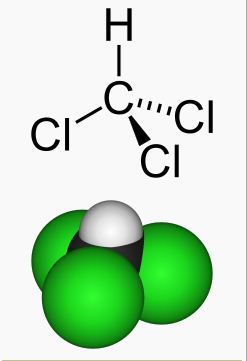 62% of positive reviews from 42
9
9 years on Allbiz
Description
STH chloroform (trichloromethane) for hromatogr. (3 ml)
Chloroform (it is trichloromethane, methyltrichloride, freon 20) — organic chemical compound with formula CHCl3. Under normal conditions colorless volatile liquid with radio smell and sweet taste. It is almost water-insoluble — forms with it solutions with mass fraction to 0,23% — mixes up with the majority of organic solvents. Negoryuch. Poisonings with phosgene are possible during the work with chloroform which was long stored in the warm place.
Chloroform is strong drug. Like other chlorsubstituted connections possesses rather high toxicity in relation to heart, liver, kidneys and other parenchymatous bodies. Causes dystrophic changes in myocardium, fatty regeneration and atrophy of liver; significantly breaks carbohydrate exchange. Has small narcotic width.
Chloroform is applied to anesthesia of pigs and dogs, and that in rare instances. At these animals the anesthesia comes after short stage of motive excitement. The general consumption of chloroform at inhalation through ordinary mask should not exceed in the open way 3 - 4 ml on 1 kg of weight of animal.

In cases of forced slaughter of animals in the period of anesthesia or in phase of escaping of this state meat cannot be used in food as it gets the persistent smell which is not disappearing even after long cooking.

The chloroform irritant action on skin has found application as sedative at inflammation of muscles, joints, neuralgia, pneumonia.