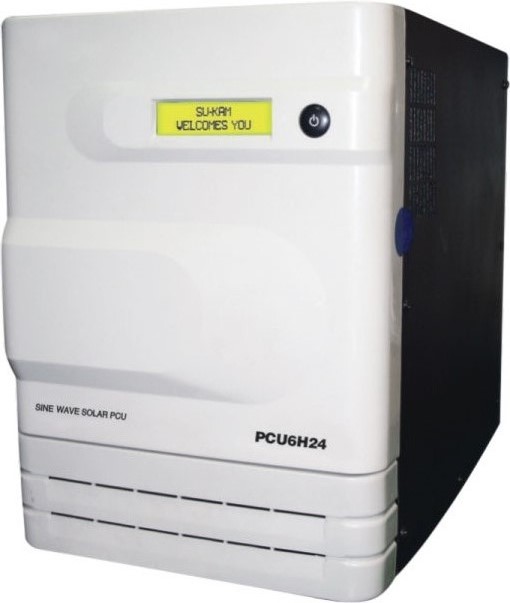 Su - Kamâ€™s Solar Power Conditioning unit (PCU) is an integrated system consisting of a solar charge controller, inverter and a Grid charger. It provides the facility to charge the battery bank through either a Solar or Grid/DG set. The PCU continuously monitors the state of battery voltage, solar power output and the load. Due to constant usage of power, if the battery voltage goes below a set level, the PCU will automatically transfer the load to the Grid/DG power and also charge simultaneously. Once the batteries are charged to the preset level, the Su - Kamâ€™s Solar Power Conditioning unit cuts off the Grid/DG Power from the system and restores it to feeding the loads from the battery bank while also returning to charging the battery from the available solar power. The PCU always gives preference to the solar power and will use Grid/DG power only when the solar power / battery charger is unable to meet the load requirement.