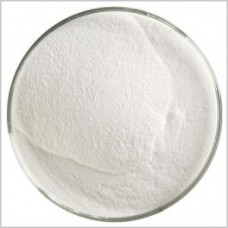 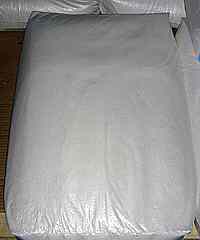 In stock
Price:
0.75 EUR
Seller
Lvovhimtek, OOO
Ukraine, Lvov
(View map)
+380
Display phones
Call
Products of other enterprises
Technical characteristics
Description
Call brown waterless tetraborat sodium, and also its crystalline hydrates: pentahydrate (Na2B4O7 • 5H2O) and decahydrate (Na2B4O7 • 10H2O). The drill is a crystal powder, well soluble in water.
Use of sodium tetrabornokisly
Tetraborat of sodium is widely used as the buffer rn solution which makes about 9,3 in the wide range of concentration. It is used as the buffer for DNA gel electrophoresis in biochemical and chemical researches.
The drill is a component various household washing and detergents. Sodium tetrabornokisly is also present at some means for bleaching of teeth.
Tetraborat of sodium is applied to production of enamel and glaze, fireproof fabrics and fiber glass, and also to protection of wood against fungi. It is used for prevention of some wreckers (for example, cockroaches). Sodium tetrabornokisly is used in a chromatography. It can be applied to receiving pine forest. It is raw materials for receiving perborate of the sodium applied in detergents and also boric acid and other boracomrades. At sewing together of polyvinyl alcohol from brown elastic polymer is formed.
Buru is used in production of glues, china, as microfertilizer for elimination of a lack of pine forest of the soil, etc. It can be used for softening of water. Buru is applied to elimination of temporary and constant hardness of water.
Tetraborat of sodium is the restoring gumboil for melting of metals. Mix drills and chloride of ammonium is used as gumboil when welding cast iron. Tetraborat of sodium reduces temperature of melting of undesirable oxide of iron. The drill, mixed with water, it is used as gumboil at the soldering of jeweler metals, such as gold or silver.
Tetraborat of sodium is registered as a food additive (E-285) of group of preservatives. Because of the toxicity it is forbidden in the majority of the countries of the world. It can be added in small amounts to black caviar.
Contact the seller
Sodium tetrabornokisly drill 5-water