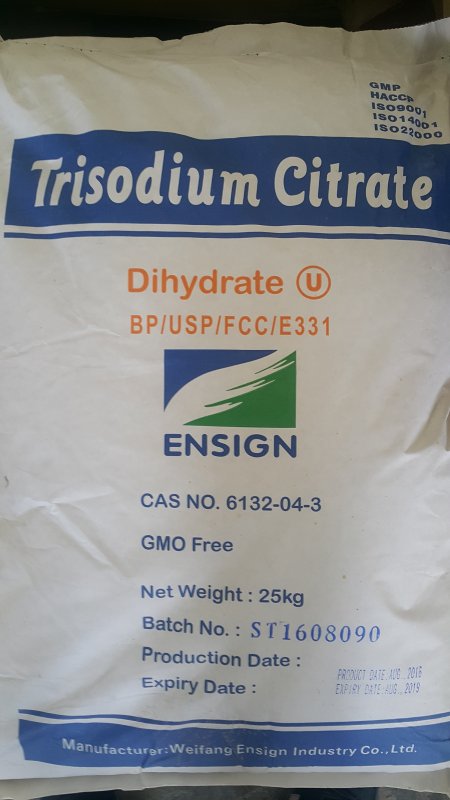 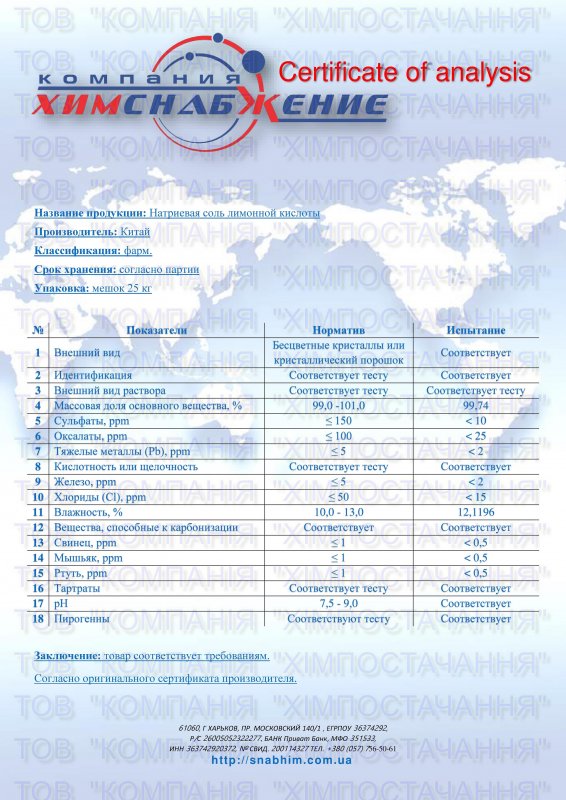 Sodium salt of lemon acid in the food industry as E-331 nutritional supplement which serves as preservative, the amplifier of taste and the stabilizer is applied.

Including salt found the application in medicine for preservation of donor blood, proteinaceous medicines, and also as the amplifier of effect of ascorbic acid.

Use of this nutritional supplement is authorized in the territory of Russia, Ukraine, Europe. However the use in large numbers can lead to nausea, vomiting, increase in pressure, deterioration in appetite, belly-aches.