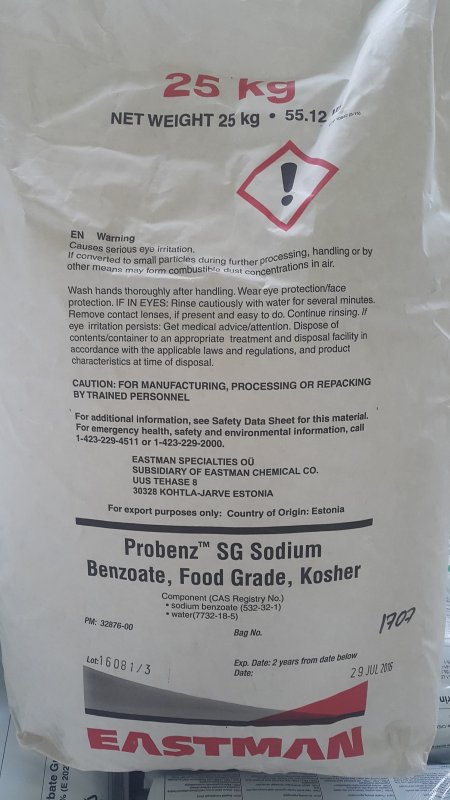 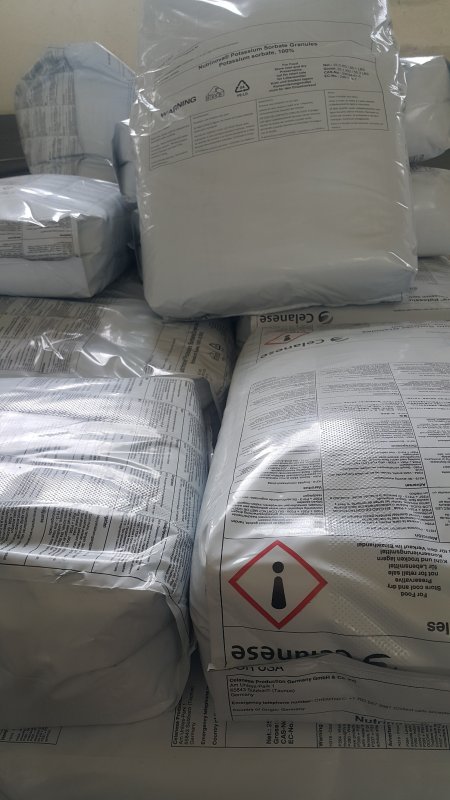 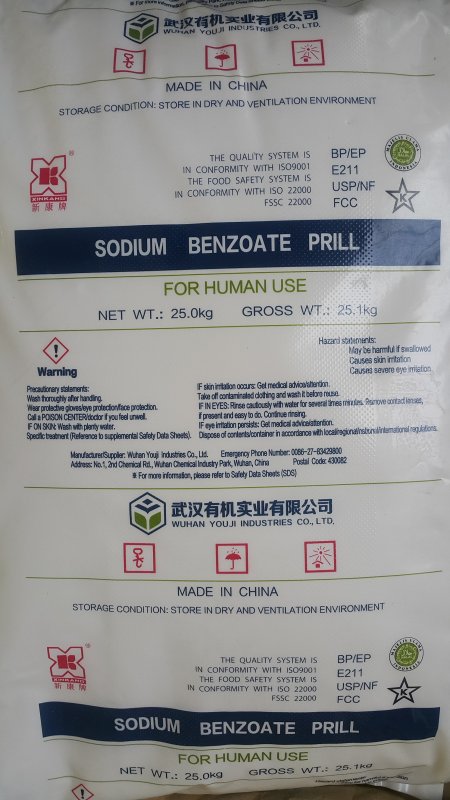 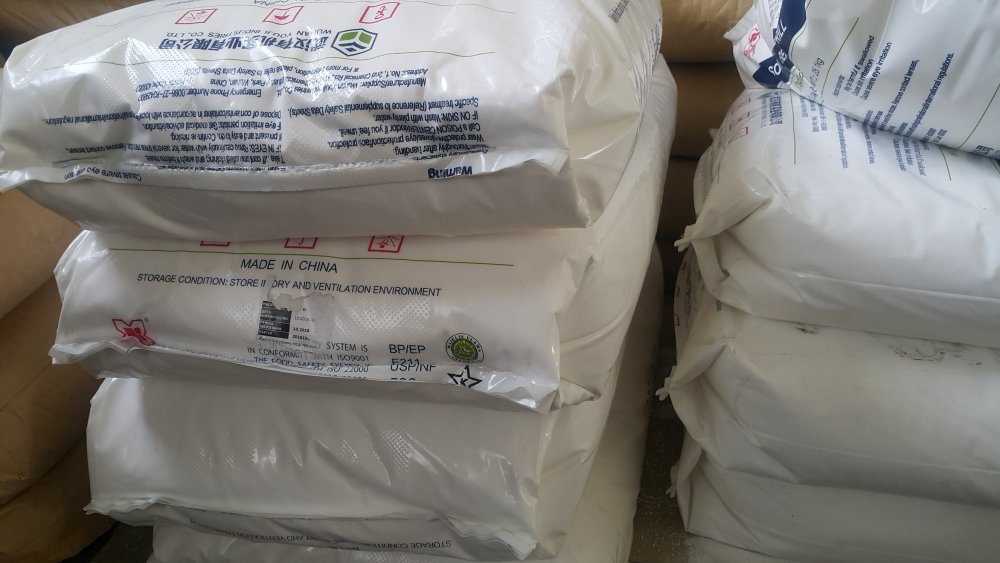 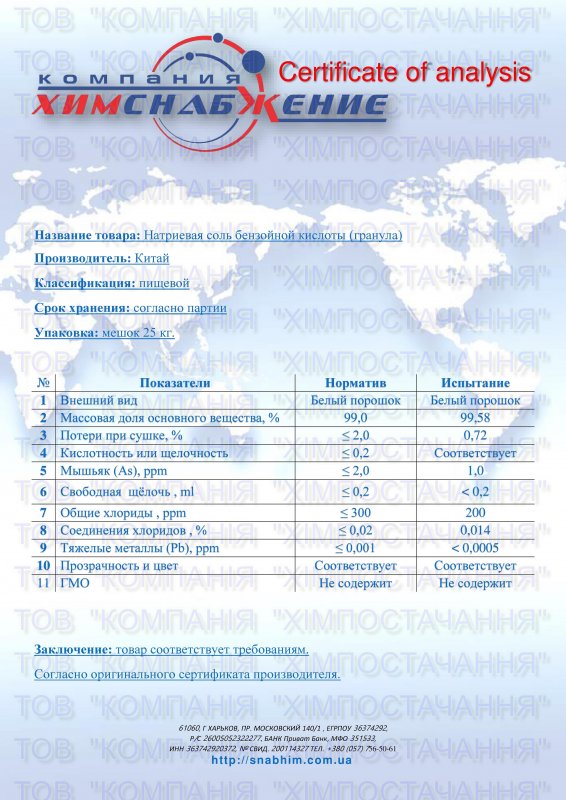 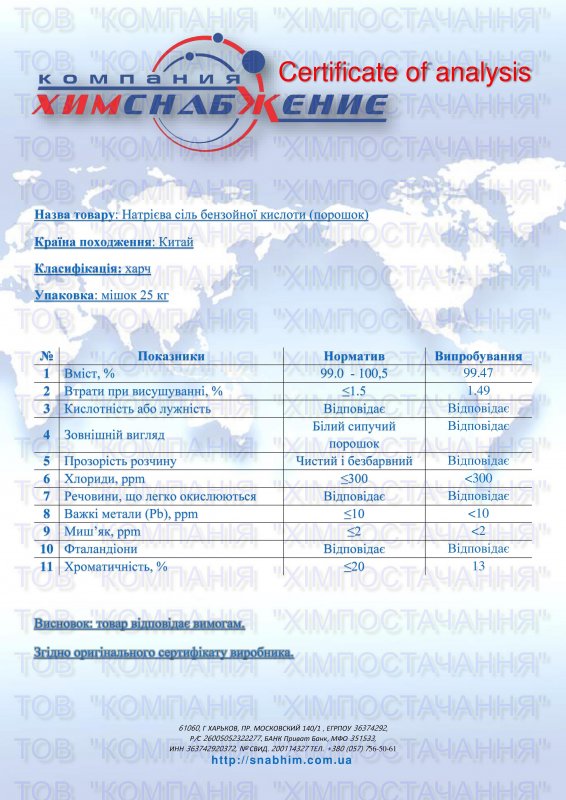 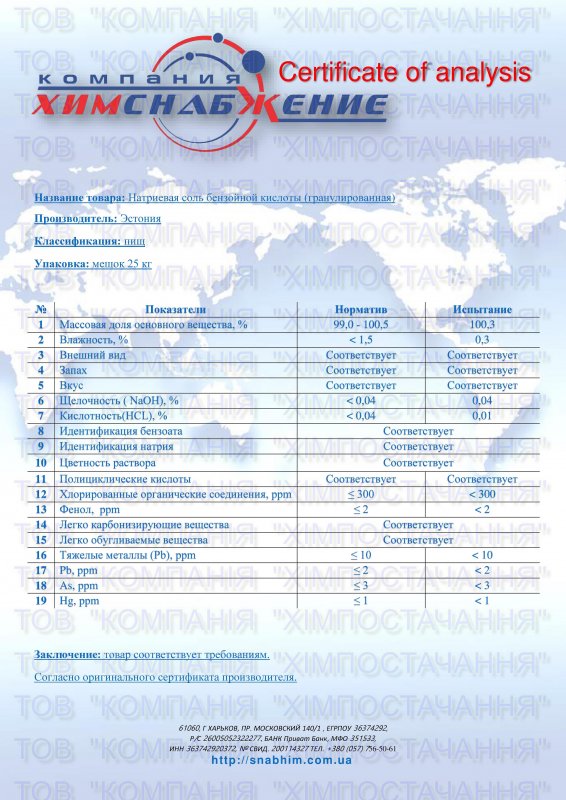 Sodium salt of benzole acid has an appearance of powdery connection of white coloring. This connection can will be dissolved in water, ethanol, glycerin and methanol.

Sodium salt of benzole acid is received in the synthetic way.

Sodium salt of benzole acid in the food industry as E-211 nutritional supplement which serves as preservative is applied.

Also salt has properties of an antibiotic therefore it is used also in other industries: to medicine, pharmaceutics, cosmetology.

Including can use also in pyrotechnics.

This additive in large numbers can be dangerous to a human body therefore now it is applied less. It is authorized to use E211 in Ukraine, Russia, the European Union, Australia and New Zealand.