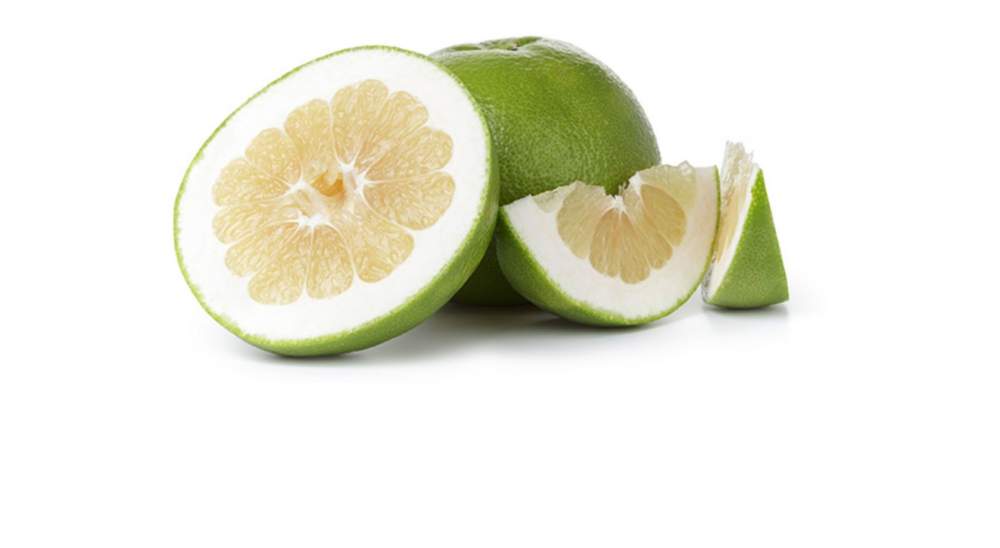 In the European countries fruit is known under the name to "suite" (from English sweet — "sweet") which the Israeli selectors gave it in 1984. In the English-speaking world fruit is known as "white grapefruit" or "оробланко"; he was brought in the 1970th. in experimental laboratory of the Californian university in goroderiversayd; the patent is dated 1981.

The task which was set by selectors was in making grapefruit more sweet. Though they quite managed it, to suite still did not surpass in popularity usual grapefruit — perhaps because in it is mute, as well as in a pomelo, there are too much "waste" and a thick crust. Fruits to suite remain green even after full maturing.

Calorie content and vitamin C in suite same, as at grapefruit. Scientists came to a conclusion that will grind reduces cholesterol level in blood better than the pro-parents. And it more sweet, than grapefruit, and not such big as pamet.

To Suite contains a huge amount of ascorbic acid that does it just irreplaceable at prevention and treatment of catarrhal diseases, viral infections and flu. Still fruit contains various essential oils, useful vitamins, and also antioxidants. Sviti, as well as grapefruit which close relative he is contains special enzymes which perfectly split fats and proteins. Thanks to these properties fruit is recommended to be eaten to the people suffering from excess weight, and also that who wants to look always harmonous and healthy. The citrus fruit is also often included in the dietary menu.

Some consider that the fruit uportebleniye, suite, normalizes arterial pressure and stimulates work of heart therefore it is recommended to be eaten to people with cardiovascular diseases.

To Suite excellently copes at a depression and apathy, awakening interest in life. He noticeably increases good mood, helps to cope with doubts, and also aggravates memory and attention. To all other, freshly squeezed grapefruit juice has the toning effect on an organism, normalizes work of intestines, liver and gall bladder.

Eat it the same as grapefruit, having cut in half. Or add to salads, having cleared of a crust and films.