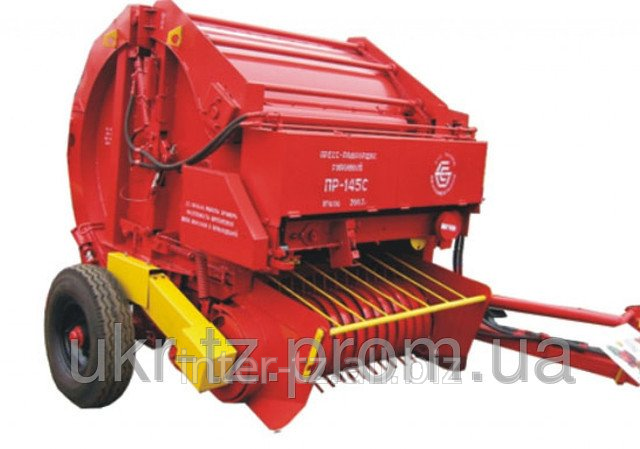 88% of positive reviews from 8
6
6 years on Allbiz
Technical characteristics
Description
The rolled press sorter presses straw and hay in rolls with the subsequent winding. Overall dimensions of the pressed rolls from different models of press sorters approximately identical.

You can specify the prices of a rolled press sorter at our manager, having used a form of fast communication on the website.

The open joint stock company "Management company of Bobruyskagromash holding (originally — the Babruysk plant of cars for application of fertilizers) was constructed in 1974 and now is one of the largest organizations of Republic of Belarus and the CIS countries on production of agricultural machinery.

Today the Bobruyskagromash plant is the largest producer of farm vehicles and devices in CIS and Baltic countries. The trademark of the enterprise is known in Finland, Denmark, Sweden, Germany, Canada, Argentina and other countries of Europe, the Central and South America. The equipment is also delivered to Hungary, Bulgaria, Romania, Serbia, Moldova, Slovakia, the Czech Republic, Lithuania, Latvia, etc. In the markets of these countries cars for preparation of forages are in special demand.