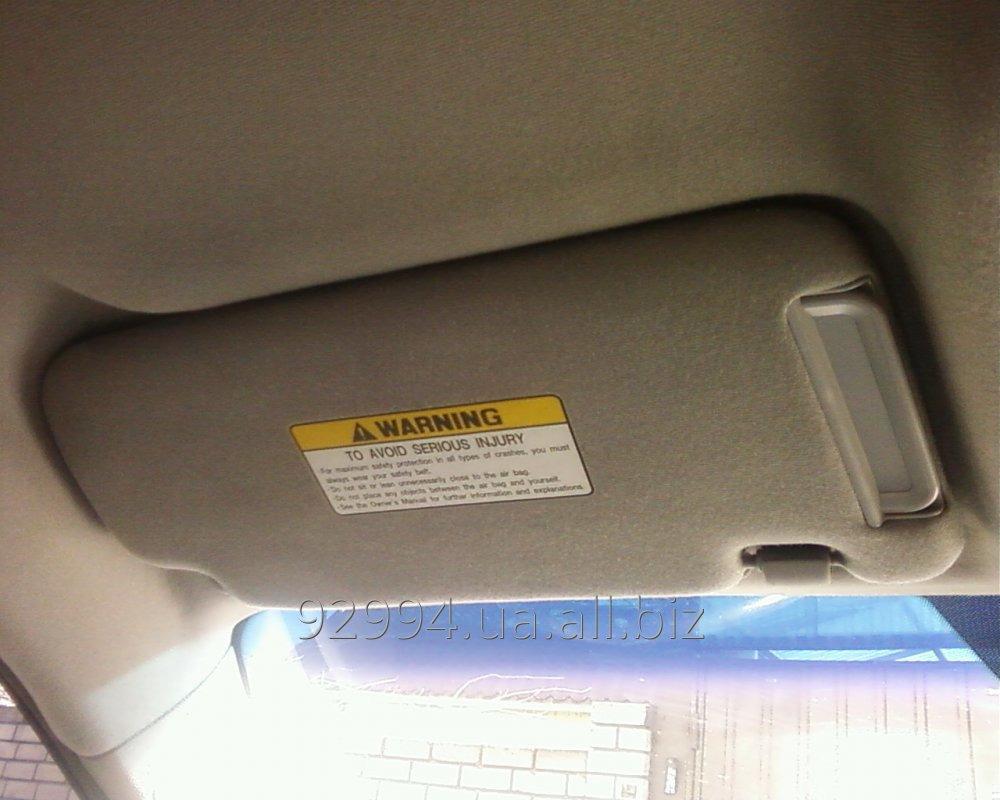 Peaks sun - protection Hyundai Sonata, KIAMagentis (Optima), article (possible catalog number): 852022G310QW, 852012G310QW. The breakage reason - the plastic plug of the rotary fixing design which burst in many places from difference of temperatures and working loadings. Repair: accurate dismantling, modernization of a design of fastening and replacement of the plug, assembly of a peak. Appearance of a peak does not change. After repair - works as new. The guarantee for repair is not less than a year. For repair we use 22 units of the tool and devices, 2 types of glue. Time of repair takes 3 - 4 days. The plug is manufactured of a strong kaprolon on the production. In 2012 the first two peaks from our car by KIA Mazhentis 2008 are repaired. Then began to help others, since then - the mass of thanks, positive reviews, about 80 dollars are saved on each peak! ! ! , in comparison with purchase B. at. and new.