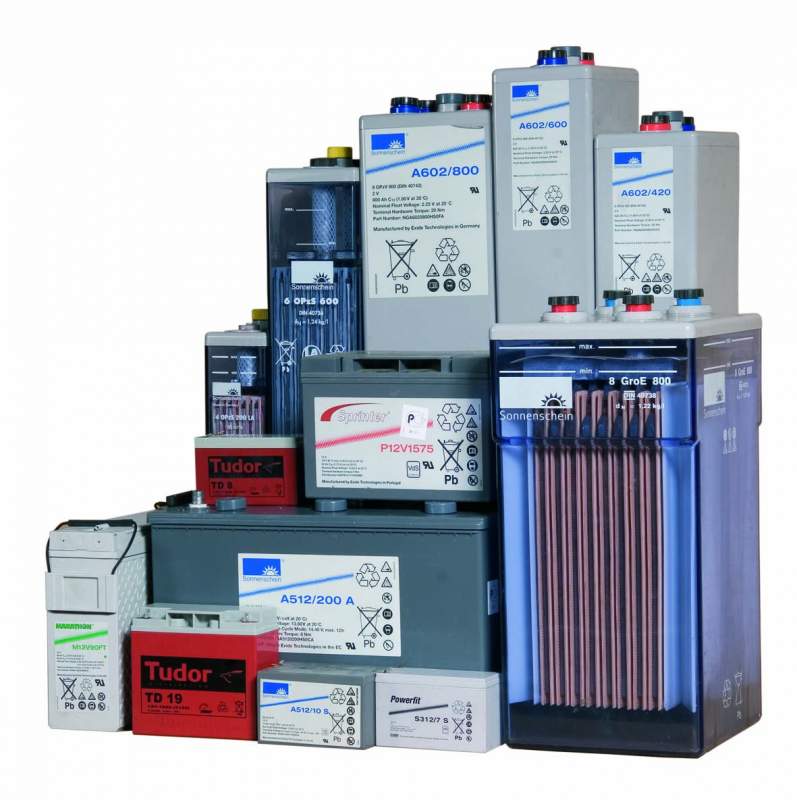 Industrial accumulators - include stationary batteries, for providing with electricity of systems of telecommunication networks, the enterprises of the energy sector and the railroads, accumulators for work with solar batteries and accumulators for other important areas of uninterrupted power supply, and also traction accumulators for broad application in vehicles on electrodraft, for example, loaders, electric cars for mining branch and other commercial areas of use.