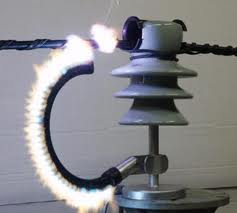 Rated sportsmen in assortment from the producer

Rated sportsmen in assortment from the producer

Rated sportsman — the electric device intended for ogranicheniyaperenapryazheniyv electrotechnical installations ielektrichesky networks. Originally a rated sportsman called the device for protection against retension, based on technology of a spark interval. Then, with development of technologies, began to use devices on the basis of semiconductors of imetall-oxidic varistors to restriction of retension, in relation to which continue to use the term "rated sportsman".

In electric networks often there are pulse splashes in tension caused by kommutation of electrodevices, atmospheric categories or other reasons. Despite short duration of such overstrain, it can be enough for breakdown of isolation and, as a result, the short circuit leading to destructive consequences. [1] To eliminate probability of short circuit, it is possible to apply more reliable isolation, but it leads to significant increase in cost of the equipment. In this regard in electric networks it is expedient to apply rated sportsmen.

Device and principle of action

The rated sportsman consists of two electrodes and the dugogasitelny device.

One of electrodes fastens on the protected chain, the second electrode is grounded. The space between electrodes is called a spark interval. At a certain value of tension between two electrodes the spark interval makes the way, removing thereby an overstrain from the protected chain site. One of the main requirements imposed to a rated sportsman — the guaranteed electric durability with an industrial frequency (the rated sportsman should not make the way in a normal operating mode of a network).

After breakdown by an impulse the spark interval is rather ionized to break through the phase tension of the normal mode in this connection there is a short circuit and, as a result, operation of the RZIA devices protecting this site. A problem of the dugogasitelny device — to eliminate this short circuit in the shortest terms before operation of devices of protection.

The air rated sportsman represents a dugogasitelny tube from the polymers capable to be exposed to thermal destruction with allocation of a significant amount of gases and without considerable carbonization — polyvinyl chloride or plexiglas (originally, at the beginning of the 20th century, it was the fiber) since which different ends electrodes are fixed. One electrode is grounded, and the second settles down at a certain distance from it (the distance determines operation tension, or breakdown, a rated sportsman) and has direct electric connection to the protected line conductor. Breakdown in a tube is resulted by intensive gas generation (plasma), and through an exhaust opening the longitudinal blasting sufficient for clearing of an arch is formed. In an air rated sportsman of open type emission of plasma gases is carried out in the atmosphere. Tension of breakdown of air rated sportsmen - more than 1 kV.

At breakdown in single spark intervals there is an arch which due to action of the magnetic field created by a ring magnet begins to rotate with a high speed that provides faster, in comparison with valve rated sportsmen, a dugogasheniye.

OPN for a network of 110 kV Different varistors

In use isolation of the equipment of electric networks is affected by the working tension, and also different types of retension, such as storm, switching, quasistationary. The main devices for protection of networks against storm and switching retension are valve rated sportsmen (RV) and nonlinear limiters of retension (OPN). At construction or modernization of already existing schemes of protection against retension by means of OPN and RV it is necessary to solve two main tasks which are closely connected with each other:

The RV and OPN protective properties are based on nonlinearity of the volt-ampere characteristic of their working elements providing noticeable decrease in resistance at the increased tension and return to an initial state after undervoltage to the normal worker. Low nonlinearity of the volt-ampere characteristic of working elements in rated sportsmen did not allow to provide at the same time both rather deep restriction of retension and small current of conductivity at influence of working tension from which impact it was succeeded to build up due to introduction consistently with a nonlinear element of spark intervals. Considerably big nonlinearity of oxide and zinc resistance of varistors of limiters of retension of OPN allowed to refuse use in their design of spark intervals, that is the OPN nonlinear elements are attached to a network during all term of its service.

Now valve rated sportsmen are laid almost off and in most cases served the standard service life. Creation of schemes of protection of isolation of the equipment both the new, and modernized substations, from storm and switching retension is possible only with use of OPN now.

Identity of a functional purpose of RV and OPN and the seeming simplicity of a design of the last often lead to the fact that replacement of rated sportsmen by limiters of retension is made without check of admissibility and efficiency of use of the established OPN in the considered network point. The increased accident rate of OPN is explained by it.

Besides the incorrect choice of installation sites and characteristics of OPN the varistors of poor quality used at their assembly to which, first of all, the Chinese and Indian varistors belong are one more reason of damages of OPN.

Rod spark intervals also known as "dugozashchitny horns" are applied to protection against a perezhog of the protected wires and the translation single-phase k.z. in two-phase. Current k.z is necessary for emergence of an arch., the exceeding 1 kA. Owing to rather low voltage (6-10 kV against 20 kV in networks of Finland) and the high resistance of grounding "dugozashchitny horns" in the Russian networks do not work.

Now on VL of 6-10 kV they are forbidden by "The provision on technical policy" of FGC.

The photo of the sliding category

The principle of work of a rated sportsman is based on use of effect of the sliding category which provides the big length of pulse overlapping on a rated sportsman surface, and prevention due to this transition of pulse overlapping to a power arch of current of industrial frequency. The RDI digit element along which the sliding category develops has length several times exceeding length of the protected line insulator. The design of a rated sportsman provides its lower pulse electric durability in comparison with the protected isolation. The main feature of a long and spark rated sportsman is that owing to big length pulse storm overlapping the probability of establishment of an arch of short circuit is reduced to zero.

There are various modifications of RDI differing in appointment and features of VL on which they are applied.

RDI are intended for protection of air-lines of an electricity transmission of 6-10 kV of three-phase alternating current with the protected and uninsulated wires from the induced storm retension and their consequences and a direct stroke of a lightning; are calculated for work in the open air at an air temperature from minus 60 °C to plus 50 °C within 30 years.

Main advantage of RDI: the category develops along the device by air, but not in it. It allows to increase considerably the term of operation of products and increases their reliability.

Contact the seller
Rated sportsmen in assortment from the producer