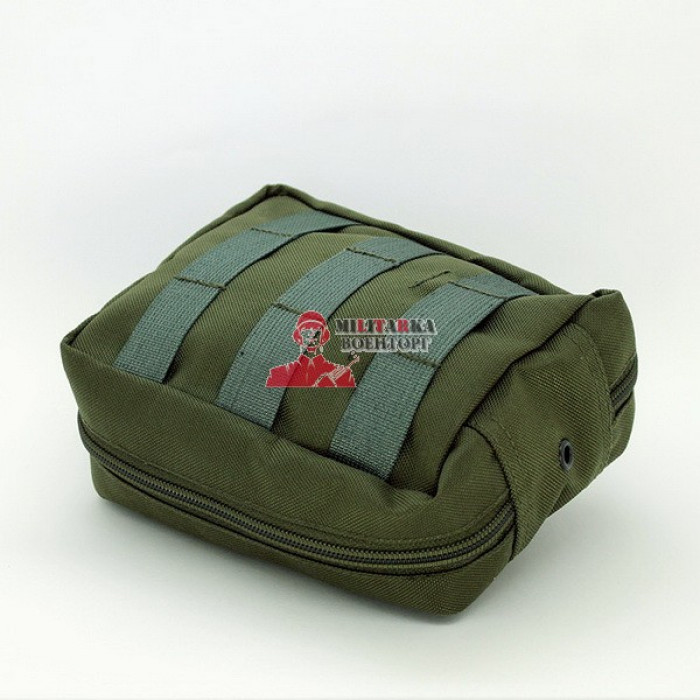 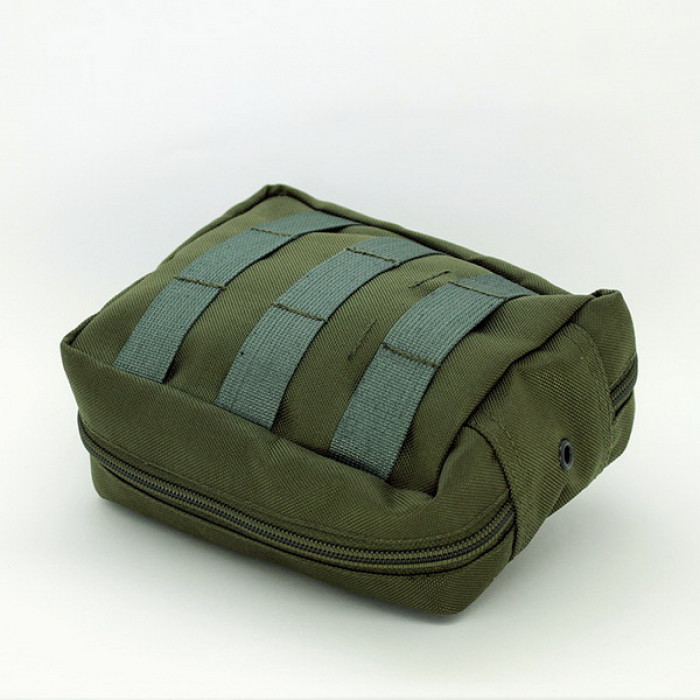 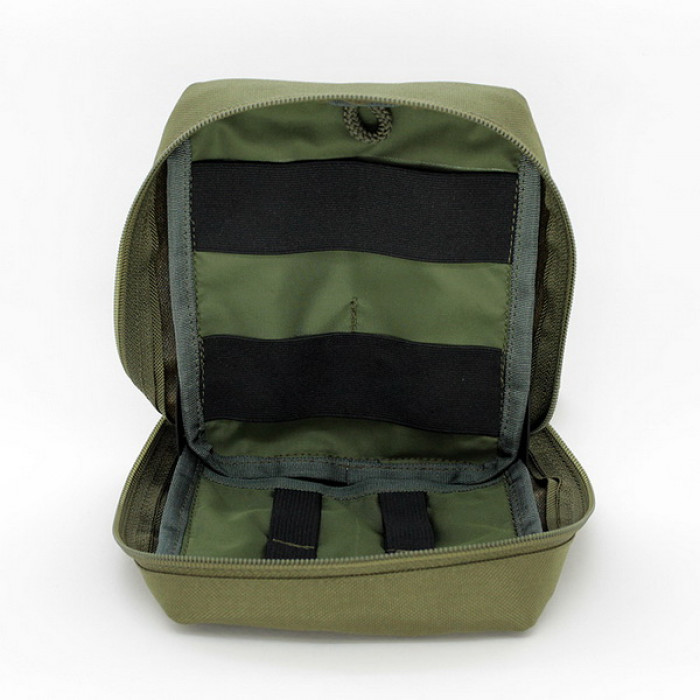 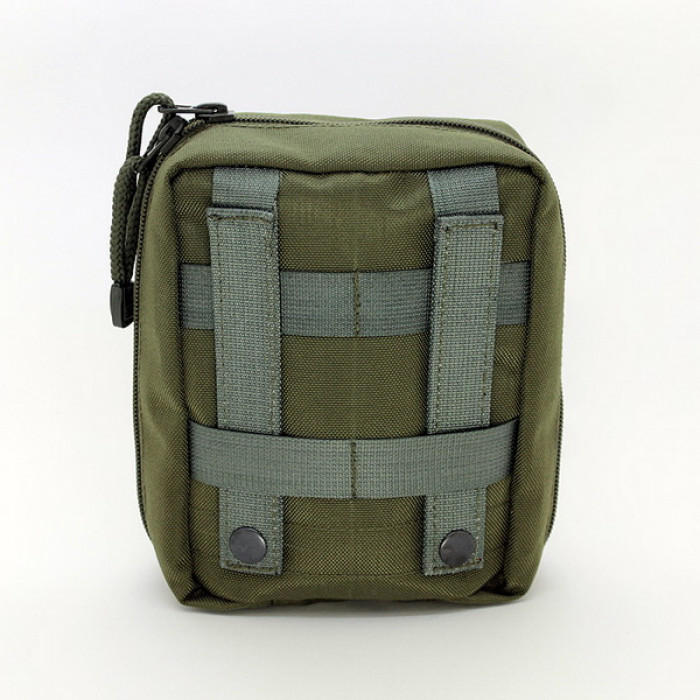 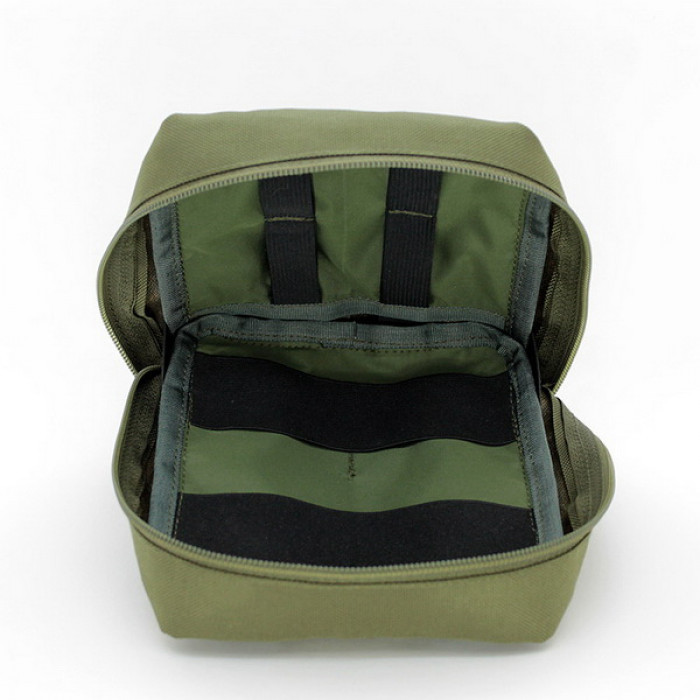 The statistics of death on fields of modern battles is sad, but demands attentive studying. The statistics of the reasons of mortality in road accident is very similar. Most of the victims perishes from plentiful bleeding. A third become victims of wound to the area of a breast. The tenth part − from respiratory standstill or blocking of respiratory tract. What has to be in the individual universal first-aid kit that the fighter could act by the principle to sa to himself the doctor ″?

Models of cartridge pouches under first-aid kits, even officially accepted in NATO troops, more than one hundred. Not to mention samoshiva ″. This cartridge pouch allows to have by means of elastic tapes at itself: scissors, a package of haemo feet, a plait styptic, a needle with a catheter for pumping out of air from a chest cavity, the syringe tubes with an antibiotic and anesthetic, bandage sterile.

The cartridge pouch 20 x 15 x 8 cm is sewed from a strong kordura of color an olive. It is zipped with two runners. On the one hand has two slings on buttons for fastening to the MOLLE interface. On the other hand the same interface for fastening of additional equipment.