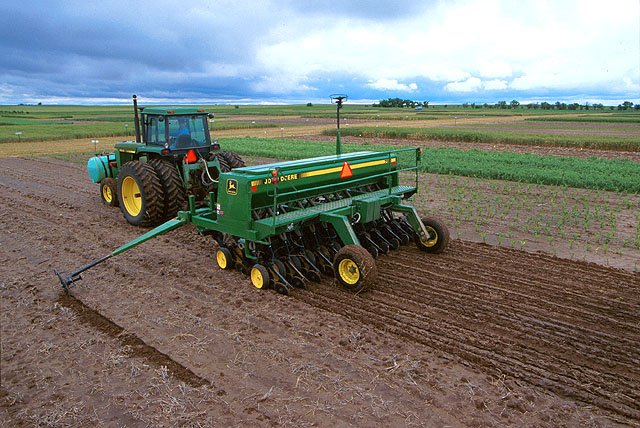 For increase in productivity of agricultural cultures use mineral and organic nitrogen fertilizers.

The ammoniyno-amide forms of nitrogen fertilizers brought in the soil are used in the direct useful direction – acquired by plants, and also spent in not the useful (harmful) directions: are taken out in atmospheric air, are washed away from the soil and undergo microbiological oxidation – process of a nitrification with transformation of an ammoniyno-amide form of nitrogen in nitrate.

The nitrate form of nitrogen from the soil is absorbed by plants and worsens their quality, is washed away in reservoirs of different types and in groundwater worsening their sanitary qualities, and also undergoes microbiological restoration to nitrites, oxides - nitrous oxides, and nitrogen.

Nitrites and nitrates getting with food and water into a human body and animals are restored to nitrosamines which are carcinogens and decompose cells of a liver.

The enterprises of chemical industry produce mineral nitrogen fertilizers for use in agriculture in such assortment:

- ammonia in the form of water solution - ammoniac water with various concentration of ammonia - an ammoniyny form of nitrogen,

- ugleammoniyny salt – ammonium a carbonate – salt of ammonia and coal acid - an ammoniyny form of nitrogen,

- ammonium sulfate - salt of ammonia and sulfuric acid - an ammoniyny form of nitrogen,

- a carbamide – hydrazine of coal acid – a product of interaction of ammonia and carbon dioxide - an amide form of nitrogen,

Organic nitrogen fertilizers are the waste of livestock production of a biological origin containing chemical nitrogen-containing functional groups in the structure - amide, ammoniyny and nitrate forms of nitrogen.

Use of inhibitors of a nitrification on the example of KASOV allows to get a number of economic and ecological advantages in nitrogen-containing fertilizers:

- to reduce losses of ammoniyno-amide nitrogen and to cut a fertilizer consumption on 30% without decrease in productivity,

- to reduce education nitrite - nitrate forms of nitrogen that reduces their contents in commodity agricultural production and sewage in reservoirs, and also emission of greenhouse gases.

introduction to composition of nitrogen fertilizers of inhibitor of a nitrification of a 3-metilpirazol PROMOTES fixing of the most part of mineral nitrogen (ammoniyno-amide) and to decrease in content of nitrate nitrogen. The specified changes in the nutritious mode of soils positively influence passing of processes of growth and development of root system and plants in general, promote increase in their productivity and quality due to increase in efficiency of nitrogen.