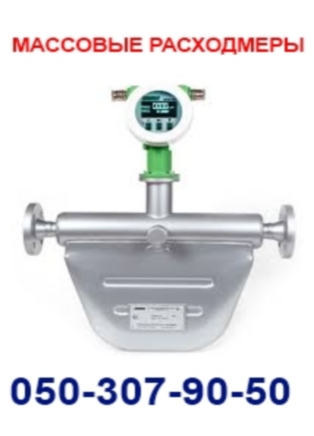 The mass flowmeter Amis of masses is necessary when determining density, volumes, masses, volume or mass expenses of liquids. Amis flowmeters are applicable in branches of the industry as counters of gasoline, kerosene, diesel fuel and to that similar products. The Koriolisovy mass flowmeter is established on productions of the most different branches. A mass flowmeter Amis of masses who is let out by the producer has diameter of pass in the range of 10 … 200 mm, provides an error in 0,15,0,25 and 0,5 percent at measurements of expenses; at measurement of density the error makes 0,001g/cm3. Amis flowmeters are efficient at external temperatures from-40 to +55 Celsius; temperature of the measured product can be in limits-50 … +350 °C. The Koriolisovy mass flowmeter, in most cases, is used as the sensor considering mass fuel consumption. In Amis of masses (a flowmeter mass) flange connection with the pipeline is provided. The mass flowmeter of emis-masses 260-Ekh with the combined type of explosion protection was widely adopted.

Wide scale of the released Coriolis mass flowmeters provides a possibility of their installation remote and integrated.

Stability of work and durability of a mass flowmeter Amis of masses is provided when carrying out checkings once in 4 years.

We offer motorists dmrv – the sensor measuring a mass consumption of air.

Get from the official dealer. Available flowmeters mass, koriolisovy, ultrasonic, vortex, gas. Sending to any city +38067) 572_52_05 you Call.