ALL.BIZ Products Furniture & Interior Equipment for the manufacture of furniture Furniture manufacturing equipment Machine tools edge facing Kromkooblitsovochny machine EXPERT of SKO-4 "automatic machine" for a pokleyka of all types of an edge. 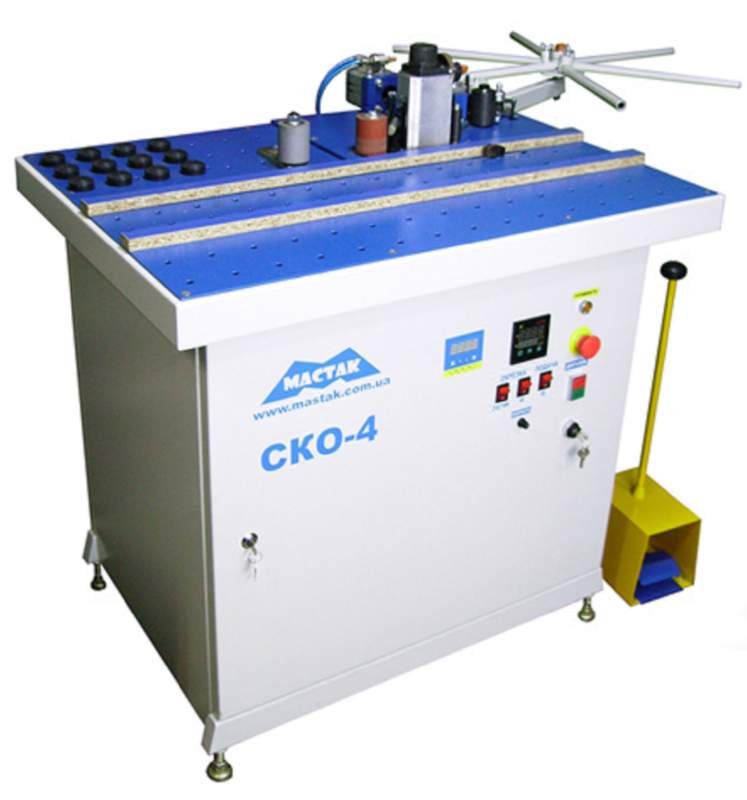 Kromkooblitsovochny machine EXPERT of SKO-4 "automatic machine" for a pokleyka of all types of an edge.

The machine is intended for facing of end faces of both rectilinear, and curvilinear preparations from a chipboard and MDF by edges from PVH, ABS, melamine (without glue), and also an interline interval.

The automated operations of giving of an edge in a zone of gluing and its cutting give the chance several times to increase labor productivity in comparison not only with a manual pokleyka, but also with a pokleyka on another, not automated machines.

Giving of an edge from the reel is activated by means of pressing the trailer switch (when laying preparation on a desktop) or when pressing a pedal.

Cutting of an edge happens automatically when pressing a pedal, at a preparation descent from the trailer switch or at delivery of an edge of the established length (a scrap on the edge counter).

Cutting on the counter of an edge is especially convenient at a pokleyka of curvilinear preparations as the operator does not need "to seize" the cutting moment, as during the work with a pedal. The counter has 10 values of lengths memories, each of which can be changed.

On the machine function of blocking of start of the engine is realized at an insufficient temperature in a glue chamber.

Power supply of the machine is possible as from a network of 220 V, and 380 V (at the request of the customer). The compressor is necessary for operation of the machine.

On the device the guarantee - from the date of sale is provided 12 months.

Contact the seller
Kromkooblitsovochny machine EXPERT of SKO-4 "automatic machine" for a pokleyka of all types of an edge.