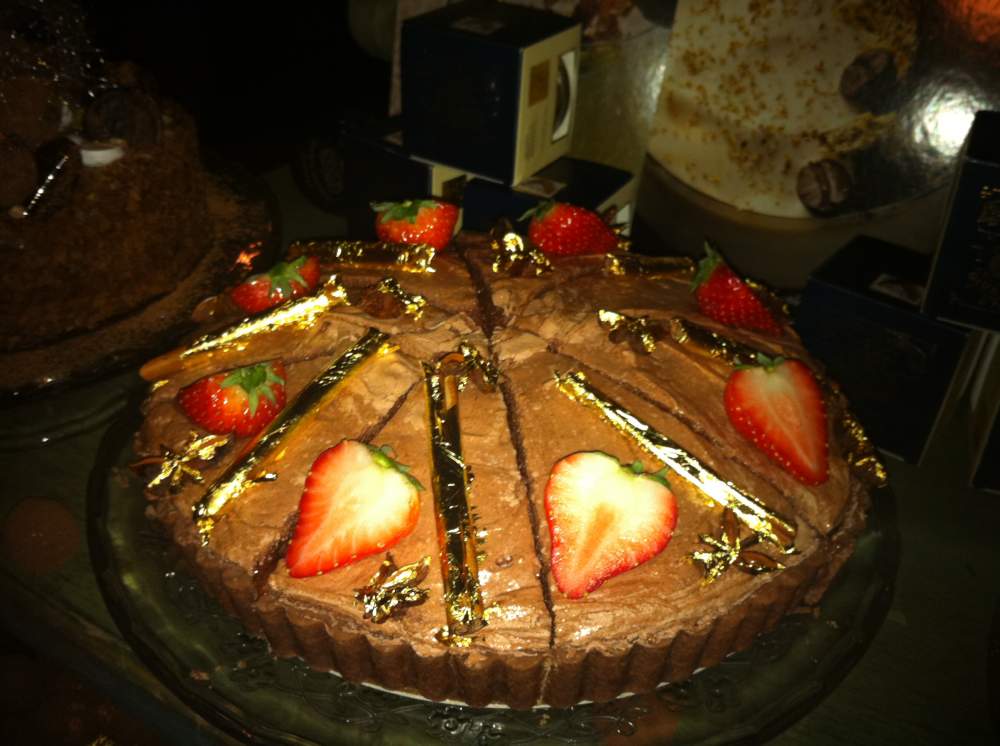 Characteristic:
Noble threw, yellow color is resolved, as a food additive in many countries of the world. From gold let out various medical supplies. As food E-175 dye it is used in the food industry for decoration of cakes and candies. One known French company let out candies in edible candy wrappers about addition of gold dye recently. It is used in preparation of liqueur - vodka products. Of course, gold in a food industry is applied extremely seldom because of its very high price that is not favorable to producers at all. Dye is also applied in pharmaceutics and at production of perfumery, as jewelry gold is used everywhere.

Application:
Gold is extracted in the natural way, is a periodic element in Mendeleyev's table. Gold metals almost do not collapse from influence of environment, and it is considered the most inert metal. The food additive of E175 is considered harmless of course reasonably. Gold is also used in the production purposes, in microelectronics as means for a covering of contacts and various sockets. As jewelry of rings, chains, crosses, pendents. It is widely used in stomatology at a vydelyvaniye of crowns for teeth and artificial limbs. In pharmaceutical preparations components are used at various auroterapiya, are considered as effective anti-rheumatic remedies. From metal develop a food foil and various medical solutions. Some medicines in medicine began to be applied rather recently and undergo various testing. But already it is possible to declare with confidence that use of nanoparticles of gold in most cases cure cancer at experimental animals. The admissible norm of consumption in days is still not established.
Contact the seller
Gold food Kiev