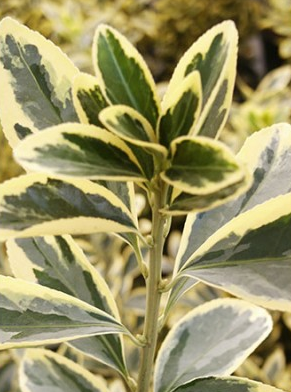 "The covered box with the overhanging seeds the euonymus originality is capable to transfer the botanical description in the fleshy, brightly painted cover" or "the orange berries with a black peephole of a seed which are hanging down on threads from the pink dry shutters of a fruit similar to flowers" - unless! Better it to see once especially as it is widespread in a midland of Russia.

This plant comes from Southeast Asia. More than 200 types of an euonymus are known. Among them there are trees and bushes; some turned into lianas, others cover the soil with a motley carpet. They are listopadny, semi-evergreen and evergreen.

Euonymuses quite widely use in decorative gardening - as in single, and group landings, or during creation of a green hedge. By especially attractive they are done by lacy krone - rather small leaves on densely branching escapes create an intricate ornament. Dark green in the summer, with approach of fall they change literally in a week, getting all shades of red. The ripened fruits similar to unusual small lamps, also decorate a garden.

Leaving is not put - watering and top dressing by organic fertilizers.