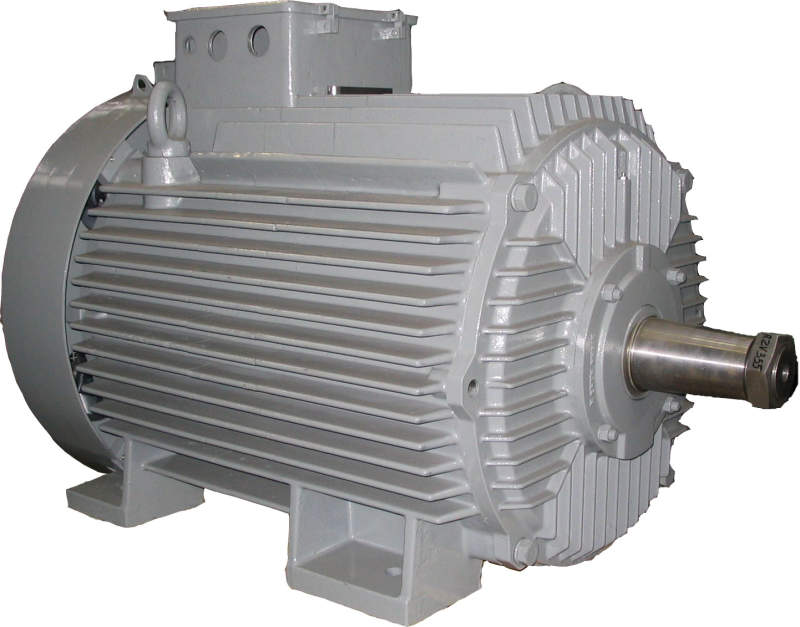 The three-phase engine — the electric motor which is structurally intended for power supply from the three-phase alternating current main.

Represents the car of alternating current consisting of the stator with three windings which magnetic fields are shifted in space on 120 ° and when giving three-phase tension form the rotating magnetic field in a magnetic chain of the car, and of a rotor — various design — the field of the stator rotating strictly with a speed (Synchronous motor) or slightly more slowly it (The asynchronous engine).

The greatest distribution in equipment and the industry was received by the asynchronous three-phase electric motor with the short-circuited winding of a rotor which is also called "a squirrel wheel". "the three-phase engine" usually is meant expression this type of the engine, and it is described further in article.

The principle of operation of two and multiphase engines was developed by Nikola Tesla and patented. Dolivo-Dobrovolsky improved a design of the electric motor and suggested to use three phases instead of two used by N. Tesla. Improvement is based that the sum of two sinusoids of equal frequency differing on a phase give a sinusoid in the sum, it gives the chance to use three wires (in the fourth "zero" wire current is close to zero) at three to phase system against four necessary wires at two-phase system of currents. Some time Dolivo-Dobrovolsky's improvement was limited by the patent N. Tesla who managed to sell him D. Vestingauz by then