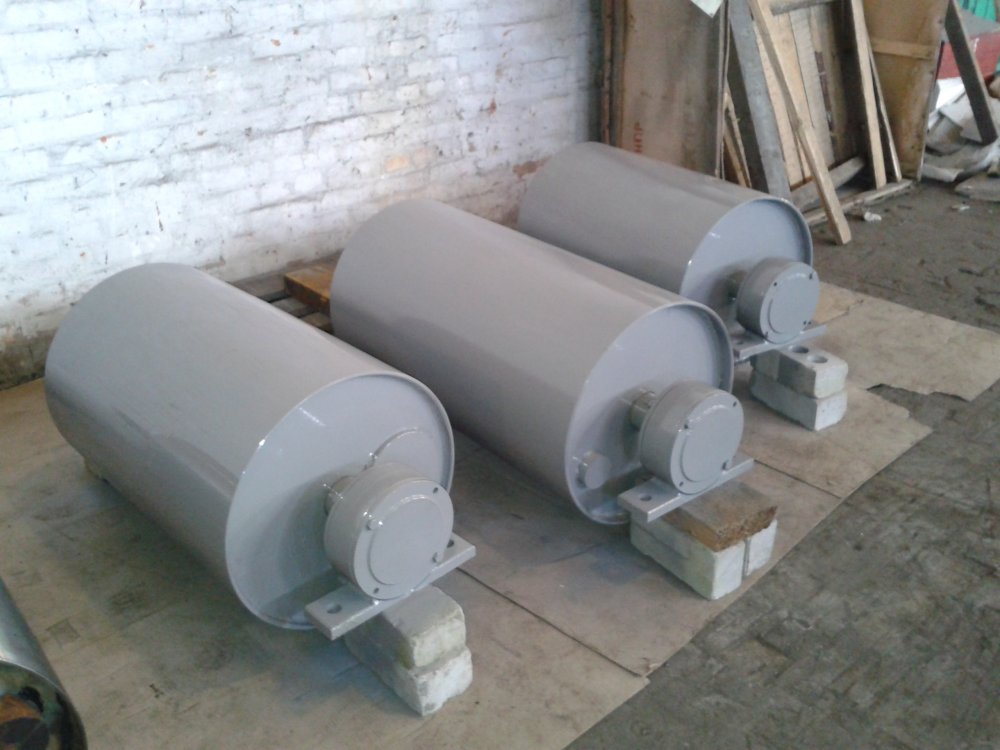 One of the main components of the belt conveyor is the drive drum. Its function is to transmit the traction force required to drive the conveyor belt. The drum rotates with the help of a gearbox, which, in turn, is driven by an electric motor or a geared motor. Drive drums are made in a smooth or rubberized (lined) version. The width and diameter of the mechanism will be determined by the customer. Also, the drums can be produced with 2 shaft consoles for connection with 2 drive mechanisms, which are symmetrically located relative to the conveyor axis. Drums equipped with an electric motor and thrust bearings are called a drive station.

Non - driven drums are also an integral part of belt conveyors. Their purpose is to tension, increase the adhesion of the drive drum to the conveyor belt and prevent slippage of the belt. In addition, drums of this type are used to change the direction of movement of the conveyor belt in horizontally inclined types of equipment.

Non - drive drums are divided into several types: tail, head, reversible, tension, bypass, clamping and deflecting. Most often, these mechanisms are used in tension stations, in places where the belt is bent, and also as a throwing drum. In addition, the non - driven drum can be used instead of the lower idlers on the convex section of the conveyor route or be part of a vertical tensioner.

Since the drums take on the main load of the movement of the conveyor belt, they are made of the most durable steel. It should be noted that the simpler the design of the drums, the smaller the number of additional parts in it, the higher the guarantee that in the near future the mechanism will not become unusable and the production process will not stop.

Drive stations can, at the request of the customer, be equipped with drives of both Russian and foreign production, including motor drums.

The plant can produce drive and tension drums according to the drawings of the customer, while the production time will increase.

All offered equipment is made only from high - quality steel, which guarantees a long service life of the mechanisms and non - stop technological process. In addition, our equipment is ideal for enterprises of any production capacity and is well adapted to work in various industries.