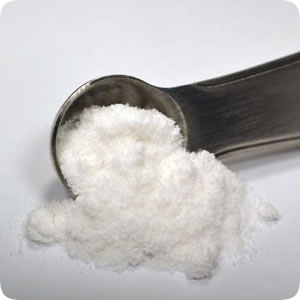 We offer creatine the monohydrate which is highly cleared 99,9% there corresponds USP (a pharmacopeia of the USA), from the direct importer with delivery across Ukraine, the CIS, the EU

Creatine, and - methyl-guanidinouksusnaya acid, one of the final products of a nitrogenous exchange,

Creatine is capable to help to gain 4-5 kilograms of pure muscle bulk in 2 weeks, to increase muscular force by ten kilograms in a week, to pump up such muscles which can make only anabolic steroids. Creatine helps to increase endurance, to quickly restore forces after trainings, to do higher jumps, to run quicker. And as it is absolutely natural preparation, it is resolved in application at competitions.

For what creatine is necessary

The main value of creatine is connected with strengthening of short-term sports indicators, for example, in sprint, bicycle sprint, any strength sports and, of course, weightlifting, bodybuilding, fitness.
Food addition with creatine can help the athlete to train during more long period of time with big loadings. In turn, the increased intensity of training of muscles generates more rapid muscle growth and force.
Creatine is useful to all athletes, especially to those who test short, but very intensive loadings – for rugby players, gymnasts, swimmers.

Creatine angidrous (Creatine anhydrous)
It is the simple creatine separated from water molecules. It contains a little more creatine (approximately for 6%), than a similar portion of creatine of monohydrate. It does not give additional effect in comparison with creatine monohydrate, but is its full-fledged substitute.

Creatine citrate (Creatine citrate)
Creatine citrate appeared on counters not much later of the moment when creatine monohydrate gained the lightning popularity. Citrate consists of creatine molecules to which molecules of lemon acid are attached. Lemon acid is an intermediate link of a cycle of Krebs (a cycle of a metabolism as a result of which muscles receive aerobic energy). In other words, a lemon acid helps to develop energy. For this reason creatine in combination with lemon acid has to give more energy to muscles, than creatine separately. However this purely hypothetical conclusion as any scientific research did not confirm it. The form of citrate contains less creatine on 1 gram (about 40%), than monohydrate, but citrate is easier dissolved in water.

Creatine phosphate (Creatine phosphate)
Creatine phosphate also quickly was available for sale after the first kreatinovy additives. This version combines the creatine molecules attached to phosphate molecules. In such look creatine usually contains in muscles, and phosphate is a necessary component in order that from creatine it was possible to draw the necessary effect. Phosphate can neutralize lactic acid also. Though this kind of a kreatinovy additive enjoyed popularity some time, soon many body builders lost to it interest after it was proved that creatine monohydrate is more effective remedy. The phosphatic group in the form presented in an additive complicates creatine absorption process by cells of muscles.