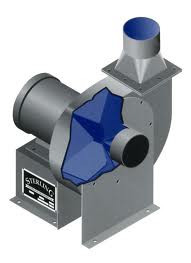 In materials science, wear is erosion or sideways displacement of material from its "derivative" and original position on a solidsurface performed by the action of another surface.

Wear is related to interactions between surfaces and more specifically the removal and deformation of material on a surface as a result of mechanical action of the opposite surface.[1] The need for relative motion between two surfaces and initial mechanical contact between asperities is an important distinction between mechanical wear compared to other processes with similar outcomes.[2]

The definition of wear may include loss of dimension from plastic deformation if it is originated at the interface between two sliding surfaces.
However, plastic deformation such as yield stress is excluded from the wear definition if it doesn't incorporates a relative sliding motion and contact against another surface despite the possibility for material removal, because it then lacks the relative sliding action of another surface.
Impact wear is in reality a short sliding motion where two solid bodies interact at an exceptional short time interval. Previously due to the fast execution, the contact found in impact wear was referred to as an impulse contact by the nomenclature. Impulse can be described as a mathematical model of a synthesised average on the energy transport between two travelling solids in opposite converging contact.
Cavitation wear is a form of wear where the erosive medium or counter-body is a fluid.
Corrosion may be included in wear phenomenons, but the damage is amplified and performed by chemical reactions rather than mechanical action.

Wear can also be defined as a process where interaction between two surfaces or bounding faces of solids within the working environment results in dimensional loss of one solid, with or without any actual decoupling and loss of material. Aspects of the working environment which affect wear include loads and features such as unidirectional sliding, reciprocating, rolling, and impact loads, speed, temperature, but also different types of counter-bodies such as solid, liquid or gas and type of contact ranging between single phase or multiphase, in which the last multiphase may combine liquid with solid particles and gas bubbles.