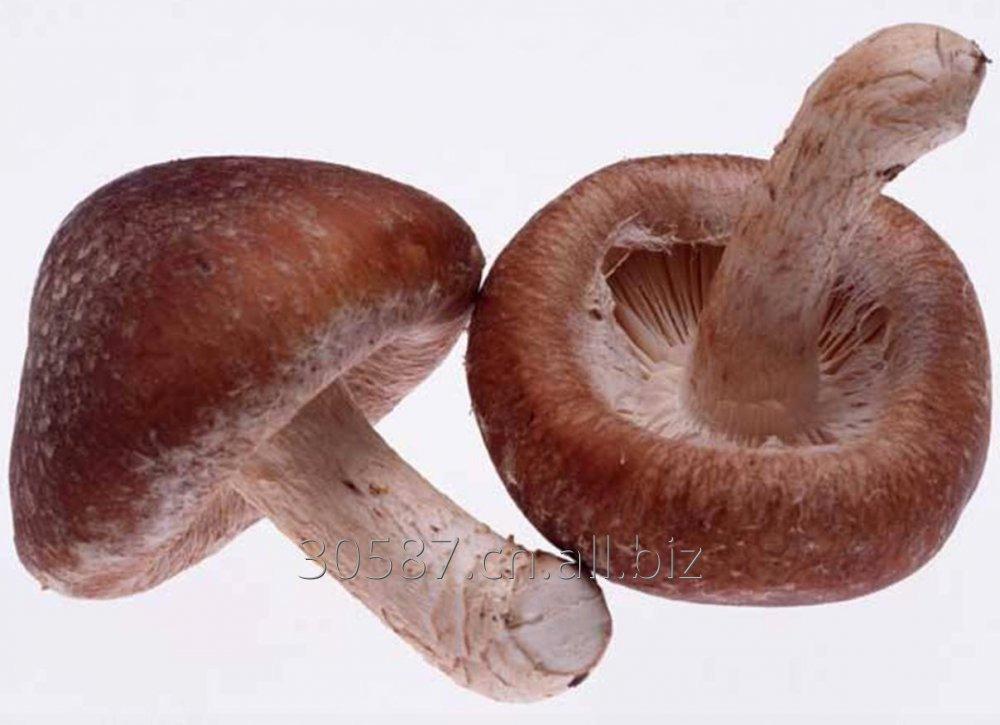 The Shiitake (/ʃɪˈtɑːkeɪ, ˌʃiːɪ - , - ki/; Japanese: [ɕiːtake] Lentinula edodes) is an edible mushroom native to East Asia, which is cultivated and consumed in many Asian countries. It is considered a medicinal mushroom in some forms of traditional medicine.

The fungus was first described scientifically as Agaricus edodes by Miles Joseph Berkeley in 1877. It was placed in the genus Lentinula by David Pegler in 1976. The fungus has acquired an extensivesynonymy in its taxonomic history: [5]

The mushroom's Japanese name shiitake (椎茸) is composed of shii (椎 shī, Castanopsis), for the tree Castanopsis cuspidata that provides the dead logs on which it is typically cultivated, and take(茸, "mushroom")] The specific epithet edodes is the Latin word for "edible".

The Japanese cultivated the mushroom by cutting shii trees with axes and placing the logs by trees that were already growing shiitake or contained shiitake spores. Before 1982, the Japan Islands' variety of these mushrooms could only be grown in traditional locations using ancient methods. A 1982 report on the budding and growth of the Japanese variety revealed opportunities for commercial cultivation in the United States.

Shiitake are now widely cultivated all over the world, and contribute about 25% of total yearly production of mushrooms. Commercially, shiitake mushrooms are typically grown in conditions similar to their natural environment on either artificial substrate or hardwood logs, such as oak.

Fresh and dried shiitake have many uses in the cuisines of East Asia. In Japan, they are served in miso soup, used as the basis for a kind of vegetarian dashi, and as an ingredient in many steamed and simmered dishes. In Chinese cuisine, they are often sautéed in vegetarian dishes such as Buddha's delight.