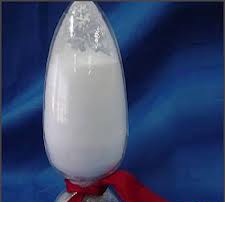 Specification:
Phthalic anhydride is the organic compound with the formula C8H4O3. This anhydride of phthalic acid, a colourless solid, is an important industrial chemical, especially for the large-scale production of plasticizers for plastics. In 2002, approximately 4.6 billion kilograms were produced
Uses: In industry and organic synthesis
Phthalic anhydride is a versatile intermediate in organic chemistry, in part because it is bifunctional and cheaply available. It undergoes hydrolysis and alcoholysis. Hydrolysis by hot water forms ortho-phthalic acid. This process is reversible: Phthalic anhydride re-forms upon heating the acid above 180 ° C.

Hydrolysis of anhydrides is not typically a reversible process. However, phthalic acid is easily dehydrated to form phthalic anhydride due to the creation of a thermodynamically favorable 5-membered ring.

Organic synthesis
Phthalic anhydride is a precursor to a variety of reagents useful in organic synthesis. Important derivatives include phthalimide and its many derivatives. Chiral alcohols form half-esters (see above), and these derivatives are often resolvable because they form diastereomeric salts with chiral amines such as brucine. A related ring-opening reaction involves peroxides to give the useful peroxy acid:

Precursor to dyestuffs
Phthalic anhydride is widely used in industry for the production of certain dyes. A well-known application of this reactivity is the preparation of the anthroquinone dye quinizarin by reaction with PARA-chlorophenol followed by hydrolysis of the chloride.
Packaging: Inside plastic film, outside polywoven bag
Contact the seller
Phthalic Anhydride/PA (CAS NO.: 85-44-9)

We recommend to see
Anhydride phthalic
To Compare the Products
×