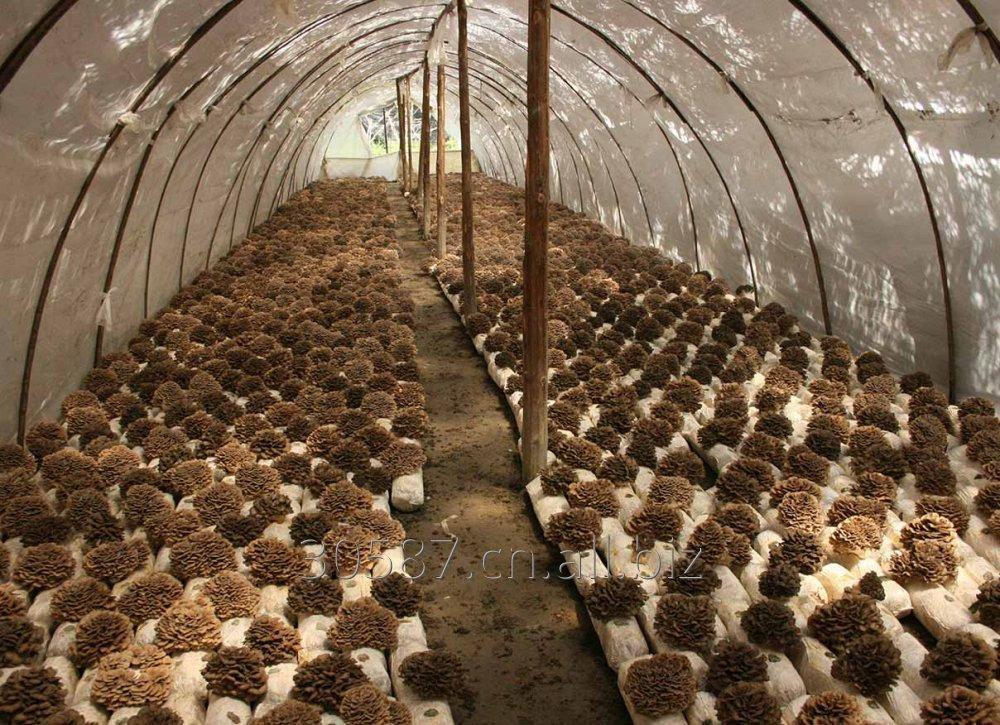 Grifola frondosa is a polypore mushroom that grows in clusters at the base of trees, particularly oaks. The mushroom is commonly known among English speakers as hen of the woods, hen - of - the - woods, ram's head and sheep's head. It is typically found in late summer to early autumn. In the United States' supplement market, as well as in Asian grocery stores, the mushroom is known by its Japanese name maitake . Throughout Italian American communities in the northeastern United States, it is commonly known as the signorina mushroom. G. frondosa should not be confused with Laetiporus sulphureus, another edible bracket fungus that is commonly called chicken of the woods or "sulphur shelf". Like all polypores, the fungus becomes inedible when older, because it is then too tough to eat.

The fungus is native to China, the northeastern part of Japan and North America, and is prized in traditional Chinese and Japanese herbology as a medicinal mushroom. It is widely eaten in Japan, and its popularity in western cuisine is growing, although the mushroom has been reported to cause allergic reactions in rare cases.

Like the sulphur shelf mushroom, G. frondosa is a perennial fungus that often grows in the same place for a number of years in succession. It occurs most prolifically in the northeastern regions of theUnited States, but has been found as far west as Idaho.

G. frondosa grows from an underground tuber - like structure known as a sclerotium, about the size of a potato. The fruiting body, occurring as large as 100 cm, is a cluster consisting of multiple grayish - brown caps which are often curled or spoon - shaped, with wavy margins and 2–7 cm broad. The undersurface of each cap bears about one to three pores per millimeter, with the tubes rarely deeper than 3 mm. The milky - white stipe (stalk) has a branchy structure and becomes tough as the mushroom matures.

In Japan, the maitake can grow to more than 100 lb (45 kg), earning this giant mushroom the title "king of mushrooms". Maitake is one of the major culinary mushrooms used in Japan, the others beingshiitake, shimeji, and enoki. They are used in a wide variety of dishes, often being a key ingredient in nabemono or cooked in foil with butter.

Medical research and use

In vitro research has shown maitake can induce apoptosis in various cancer cell lines, and inhibit the growth of various types of cancer cells. Small studies with human cancer patients revealed that a portion of this mushroom, known as the mitake D - fraction, possesses anticancer activity. [Unreliable fringe source? ] In vitro research demonstrated the mushroom has potential antimetastaticproperties.

Maitake has a hypoglycemic effect, and may be beneficial for the management of diabetes. It lowers blood sugar because the mushroom naturally contains an alpha glucosidase inhibitor.

This species contains antioxidants and may partially inhibit the enzyme cyclooxygenase. An extract of maitake inhibited angiogenesis via inhibition of the vascular endothelial growth factor.

Lys - N is a unique protease found in maitake. Lys - N is used for proteomics experiments because of its protein cleavage specificity.