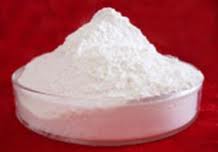 Uses: Lithopone is a white pigment composed of a mixture of barium sulfate (28 - 30%) and zinc sulfide (68 - 70%) with trace amounts of zinc oxide. It is produced by precipitation through filtering, heating and quenching works. Titanium dioxide has mostly been replaced by Lithopone which is more durable, but it is much cheaper. It is used as a base for lake pigment and used as a inert pigment for paint, ink and cosmetics as well as in a large range of applications in plastic industry. It is used as a filler in paper, leather, and linoleum.

We recommend to see
Pigments
To Compare the Products
×