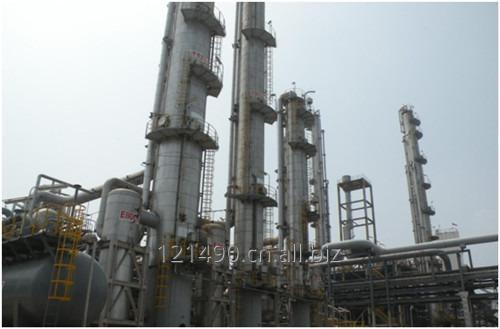 Our company's crude methanol distillation technology is based on the fourth energy-saving three-tower process, the main feature is to fully optimize the heat transfer network, so that the use of steam and circulating water to a minimum, in order to achieve energy conservation and investment optimization.

(1) High yield of the process: fine methanol recovery rate of 99.86% (refined methanol production and feed the amount of methanol contained in the ratio)

(2) Using a mature double-effect distillation method: the use of pressurized overhead gas phase for the atmospheric tower reboiler heat source.