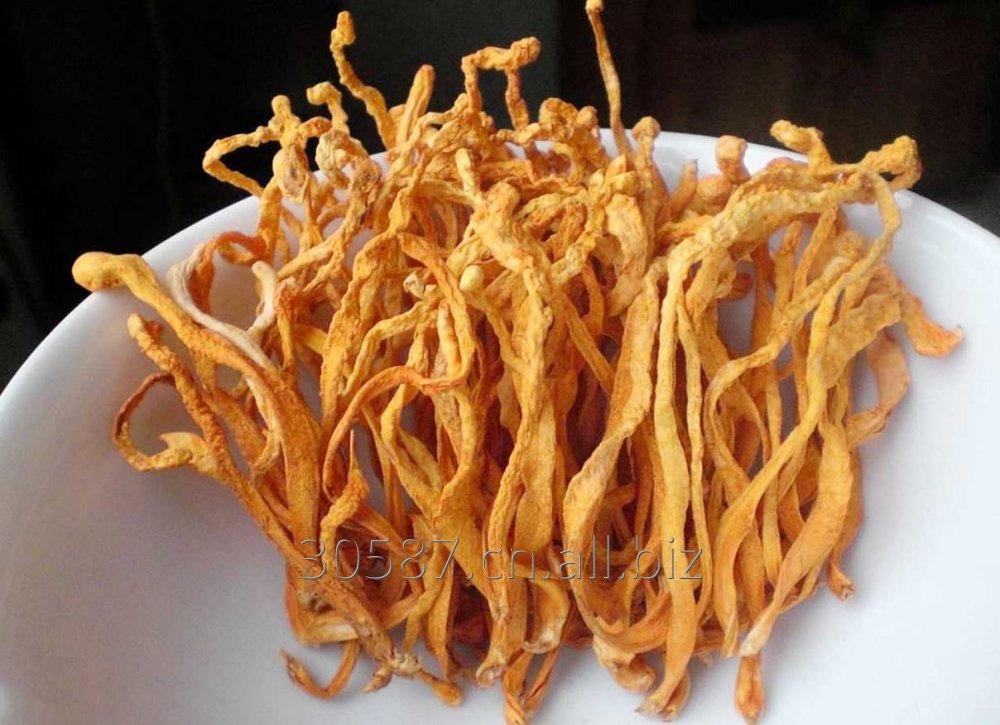 Cordyceps militaris is a species of fungus in the family Clavicipitaceae, and the type species of the genus Cordyceps. It was originally described by Carl Linnaeus in 1753 as Clavaria militaris.

The fungus forms 20–50 mm high, club - shaped and orange/red fruiting bodies, which grow out of dead underground pupae. The club is covered with the stroma, into which the actual fruit bodies, theperithecia, are inserted. The surface appears roughly punctured. The inner fungal tissue is whitish to pale orange.

The spores are smooth, hyaline, long - filiform, and often septate. They decompose to maturity in 3 - 7 μm × 1 - 1. 2 μm subpores. The asci are long and cylindrical. Sometimes an anamorphic state, which isIsaria, is found. Masses of white mycelia form around the parasitised insect; however, these may not be of the same species.

The fungus is grown on rice. Cordyceps militaris is not to be mistaken with Ophiocordyceps sinensis, which does solely grow on insects and pupae of different large butterflies, rarely also on caterpillars. Many authors consider it quite common, spread throughout the northern hemisphere, and fruiting bodies appear in Europe from August to November.