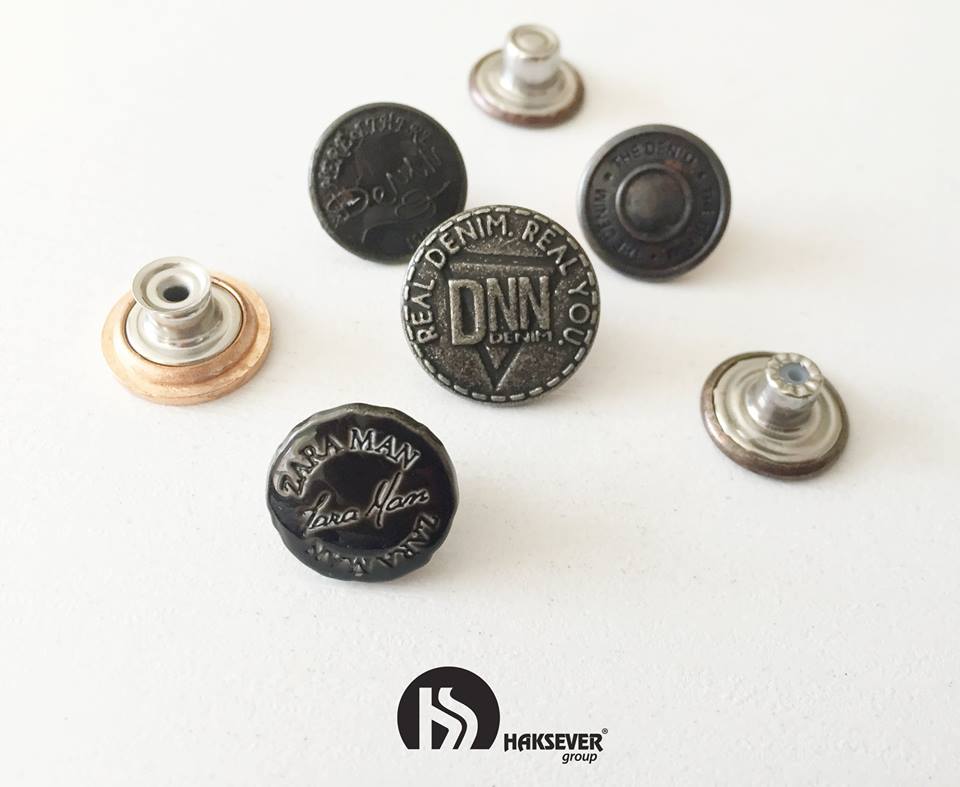 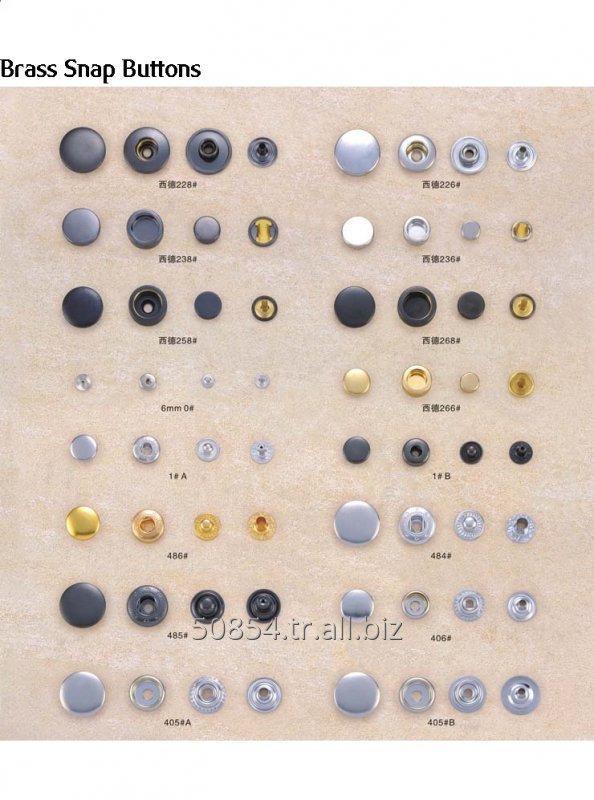 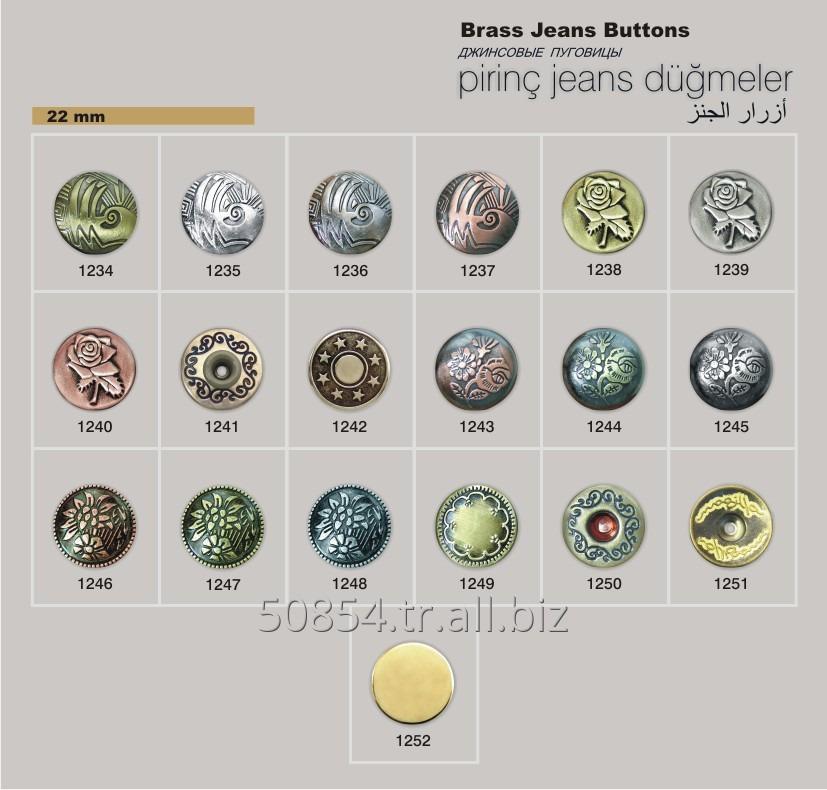 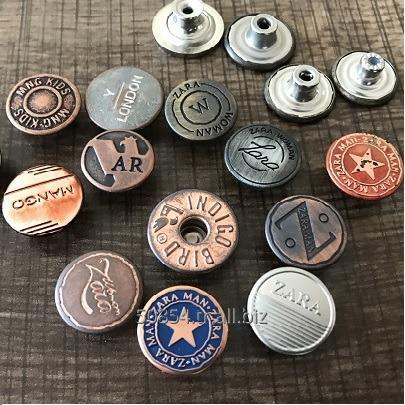 Button : Standard buttons attached with a pin from back side, fastened with a machine or manual hand tools. Commonly used as Jean buttons.

ABS Buttons : it is plastic though hard as metal, used in various apparels.

In metal buttons we use Brass and Zinc Alloy as raw material. We use certified metals.

We produce all types of buttons.

Metal buttons are made of brass metal or zinc alloy

We have a qualified production with a large capacity