The aerodynamic separator of ISM - 30 will become the true friend to the landowner, for the solution of these or those tasks. ISM - 30 will qualitatively make primary purification of grain, and also the farmer will be able to prepare own sowing material and not to depend on the third - party companies which offer services of the similar plan. Separation is made by a stream of air which creates the engine located just before the separation camera. Grain an equal layer comes to the separation camera where it is picked up by air and already on weight is distributed on fraction. To the second and third trays sowing grain which is heavier than the others, gets to the 4 and 5 trays - commodity, good grain, but with low interest of germination and in the last trays are intended for fodder grain (a half, puny grains or infected). Thus the grain separator of ISM is capable to divide qualitatively initial material on fractions so that it was possible to select grain both for sale and on crops. 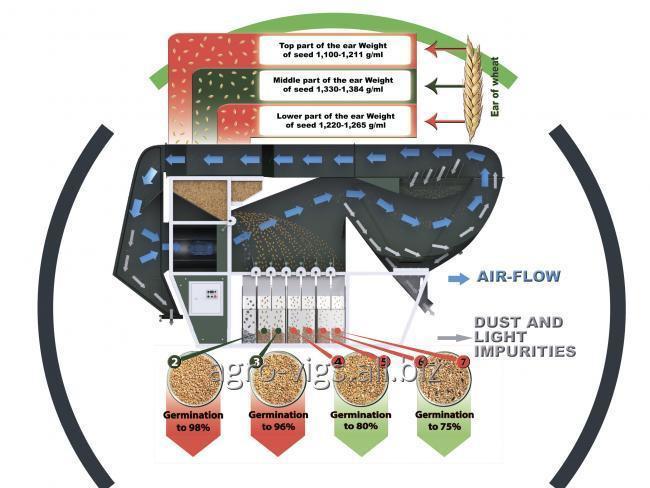